“I am inclined to pursue subject matters that are socially relevant to the Latin-American context I live in.”

Alejandro Cartagena (born in 1977 in the Dominican Republic) is a self-taught landscape and portrait photographer. His series “Carpoolers” has earned him wide recognition and has recently come out as a photobook.

Alejandro Cartagenas’s also published his project “Suburbia Mexicana”, which consists of five parts, revolves around the representation of the current mexican suburban sprawl with a focus on the metropolitan area of Monterrey. 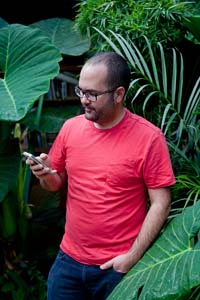 His projects employ landscape and portraiture as a means to examine social, urban and environmental issues.

His work has been exhibited internationally and is in the collections of several museums including the San Francisco Museum of Modern Art and the Museum of Contemporary Photography in Chicago.

Alejandro Cartagena’s work has been published internationally in magazines such as Newsweek, New York Times lens blog, and Le Monde.

Among the awards he has received are: Photolucida Critical Mass Book Award, the “Lente Latino Award” in Chile and the “Premio Salon de la Fotografia” from the Fototeca de Nuevo Leon.

Alejandro, what was your first camera and photographic experience?

A 35mm Minolta. My first photographic experience was redoing my past from the family albums in my house.

I felt at home.

At this moment of my life, everything. It makes me feel fulfilled, sad, angry and excited.

Not one in particular. Many. Mainly those which images I can’t seem to get enough of: Robert Adams, the Bechers, Eugenio Espino Barros, Alexander Apostol, Paul Graham, Lee Friedlander, Garry Winogrand and so on…

Robert Adams, the prominent member of the photographic movement known as “New Topographics”, is talking about his career as a photographer and his project “Turning Back”, which in 2004 took him on an expedition to revisit the Oregon landscape that the explorers Lewis and Clark had described as a vast forest of ancient evergreens when they were sent by President Jefferson to explore the Louisiana Territory purchased from the French in 1803.

“I’ve been so lonely trying to become a photographer. If I’d known that before, I don’t know if I had the courage to do it again. You get to a point where you feel that you have something that is your own. And if you don’t find an audience for it, you are going to burst.”

Paul Graham at a photo workshop I took years ago:

How would you describe your photographic style and creative process?

It is a search for an understanding of the space where we live and how we are affected by such constructions. I observe and ask questions of why things look and operate the way they do. Then I photograph. I look at the pictures I do. Think if they are effective in portraying my idea. Discard, keep and shoot some more. Do that until I feel I am done.

What’s important in order to develop an own photographic language?

Finding your subject matter. I think there are many great photographers out there, but not much being addressed. For me it was acknowledging what I was photographing; that is, really thinking how and why I direct my camera to something and becoming truly obsessed with it. That has shaped my “style” and what I photograph.

What do you consider to be the axis of your work?

Technically it is shaped by the use of film cameras and my post production treatment of the images. I try to use a standard color palette and printing is done on one type of paper only. Conceptually I am inclined to pursue subject matters that are socially relevant to the Latin-American context I live in.

What qualities does a good photographer need?

From many things I come across in my daily life. The city is by far my most inspiring motive. There is much to think and say of it.

Petapixel. A blog on that provides camera news, reviews, and inspiration.

“A” by Gregory Halpern.

Try to enjoy the profession; the ordeals of the creative process and the sacrifices to your personal life you’ll need to take.

“The Car Poolers” by Alejandro Cartagena

Photographs from above of Mexican workers crouched together on the back of pick-up trucks. The men are on their way to work from the city of Nuevo Laredo (Mexico) across the United States border in Laredo (Texas). The images were taking from a bridge, where Alejandro Cartagena had positioned his camera to capture this candid moments from a unusual perspective. 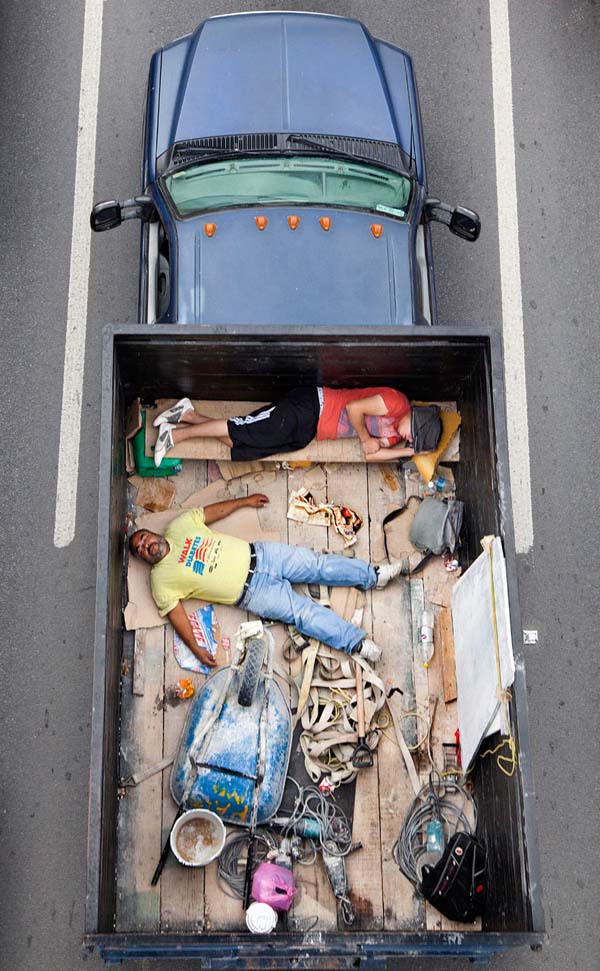 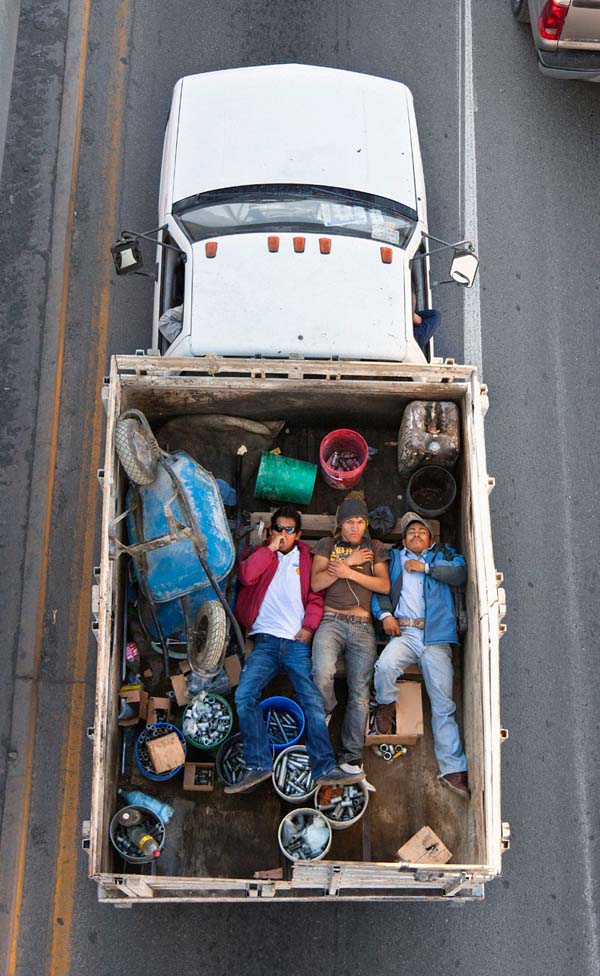