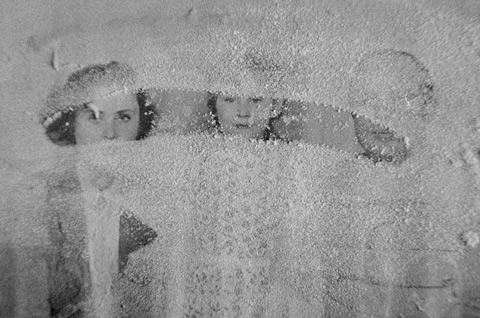 “Photography constantly amazes me. It is the excitement, adventure, travel. It is a way to see previously invisible and to present unpresentable.”

Anastasia Bogomolova (born in 1985) is a contemporary photographer currently based between Kasli and Chelyabinsk, Ural (Russia). Until 2012, she took steps in photography independently, but last year she attended a four-months educational program “Photography as a Research” organized by the Fotodepartament Fund in St. Petersburg, Russia.

“As a photographer I am most interested in the personal mythology, collective and personal experience.”

Anastasia, what was your most memorable moment shooting pictures?

Perhaps the most memorable were the moments when I couldn’t shoot for some reason.

Because photography constantly amazes me. It is the excitement, adventure, travel. It is a way to see previously invisible and to present unprepresentable.

What does photography mean to you and what do you want to transmit with your pictures?

I would like that my photos speak about fragility and illusion of reality.

I was inspired by some photographers. I love Sally Mann’s project “What Remains”. This is the very deep work about the nature of memory and oblivion of death. “The World From My Front Porch” by Larry Towell was the first photo book (not an album with pictures), which I saw. For me this is one of the best works about family. Also I adore Boris Mikhailov, and Vladimir Kupriyanov.

“Photographs open doors into the past, but they also allow a look into the future.”

It’s difficult to single out only one quote, but I read all of my favorite sayings about photography in the book “L’Image Fantéme” by Hervé Guibert.

I don’t think that I have already formed my own photographic voice and language. It has just begun to emerge.

I think while searching for your own photographic voice it is important to be open to different possibilities and approaches.

He should be diversified. I think the mistake of some photographers is that they are too focused only on photos and pay little attention to other arts and disciplines.

What does a photo need to be a great photo in your eyes? Especially keeping in mind the flood of images we are exposed to every day.

Perhaps a great photo should work on several levels and cause a palette of emotions. I love projects that have more than one layer of perception.

I draw the inspiration in Kasli, the home town of the several generations of my family.

I have already mentioned “L’Image Fantéme” by Hervé Guibert. I recommend it! There are many subtle and apt observations about the nature of photography and the photographic experience in it.