“Wandering without destination, as a flâneur.”

Andy Fabrykant (born in 1984) is an Argentine contemporary photographer currently based in Paris, France.

He studied film at the Universidad del Cine (Argentina) and did a master degree at FAMU (Czech Republic).

Andy Fabrykant was born in Argentina in 1984. He studied filmmaking at the Film University of Buenos Aires (FUC) and he did a master degree in Czech Republic at FAMU. Today he lives in Paris. Even thought he is a filmmaker he has been always around film cameras.

Andy, what is your body of work about?

It is really hard to define my own body of work, but I will say the first thing that comes to my mind: cities threw their citizens. I try to portray spaces threw the people who live in them, trying to decide as little as possible where I go and leaving randomness to take as much as presence as I can. It’s like a game, where rules are not written.

Style comes within time, but mostly it is related to the taxonomy of your own work. Once you start having a large volume of work, then it is inevitable to start making connections or categories. The problem comes when you start feeling repetitive.

Trying new things is as much important as looking for your style, even if it sounds completely the opposite.

Being as near to the subject as I can, being able to capture that perfect moment without being noticed and discovering afterwards (I still shoot on film) the result.

In the beginning, I tried to go to different places every day. It became an automatism, where the only goal was to cover the largest portion of an area so I could go to the next one the next day. At the same time my pictures where methodic.

“I wasn’t really feeling the place anymore, not getting related to the city and that was my starting point.”

I was looking for elements that were repeating in each area or even between cities. I can say that I even became an image collector. And as a collector of any other object, pictures take value when we have a large quantity and we can categorize them.

Then, I realized that I spent a lot of time looking for a repetition and that inevitably, my method had reached it’s limits when there was a lack of human activity.

My pictures became cold and predictable. I wasn’t really feeling the place anymore, not getting related to the city and that was my starting point.

The obvious next step, even if it took me some time to realize it, was to get lost. Instead of my previous system, now I was just doing the opposite, like a situations game. Wandering without destination, as a flâneur.

Once I did that, unconsciously I started to realize that somehow my pictures started to have a new feeling and they went into a completely new level. Instead of being an automatism fulfilled of repeated objects they became more lively and full of what I like to call: “unexpected finds”.

Today what I am mostly doing is following someone on the street but I don’t take pictures of him or her. I just use her or him as an excuse to get lost without being me who decides where I go.

“I started to become a photographer when my father gave me his camera as a present.”

I actually make films. Photography is my hobby. But I started to become a photographer when my father gave me his camera as a present. At first it was a way to practice the technical aspects of cinema, but photography suddenly started to take more and more presence in my life.

I guess that being on my own, not needing a team or a lot of equipment helped to develop my work but I never really considered myself a photographer.

Photography is my therapist.

I have to say Henri Cartier-Bresson. Being able to be so near without getting noticed. Threw his work I realized that we don’t need a lot of gear to create an image. Today I just carry a 50mm.

I really appreciate Oleg Oprisco’s work because of his fairytale atmosphere. Even if it looks completely different to my work, I feel really near to his universe.

I still shoot film, normally I just go out with my Pentax K2 and a 50mm. I used to carry a lot of gear but I think is better to keep it simple.

I mostly look for photographers blogs or website. Facebook is a great way to see amazing work.

I think my best advice would be to walk, walk and then keep on walking. 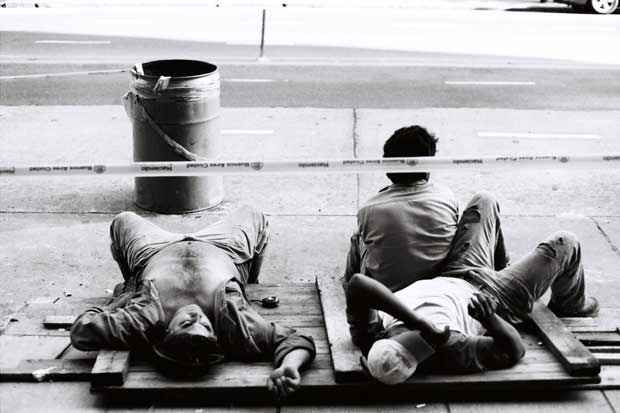 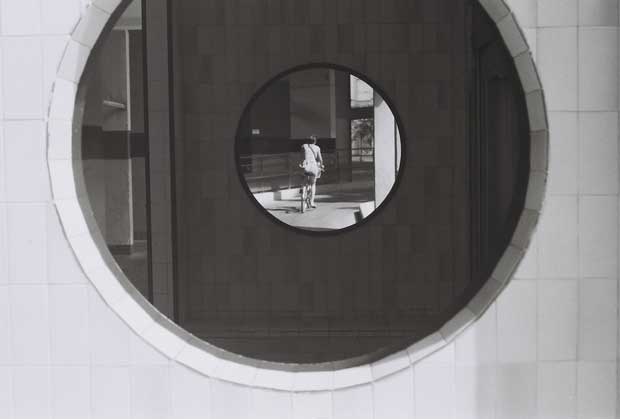 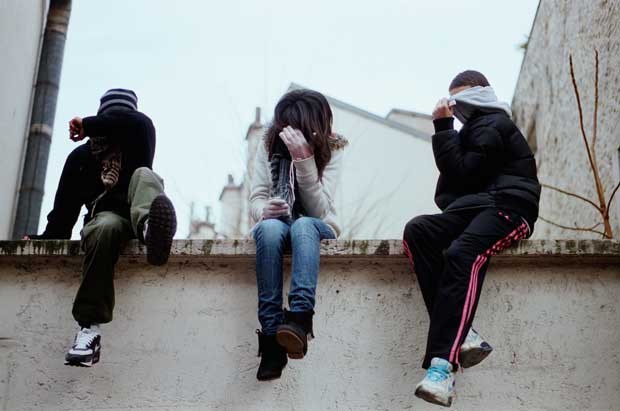