“While editing the pictures, we saw that there were several couples of images that talked to each other.”

She studied photography at “Scuola Romana di Fotografia” in Rome.

One of her most recent works is a collaborative project with her friend Manfredi Pantanella called “ROUNDABOUT #cyprus”.

It’s a visual journey dismantling the grotesque reality of an island in the Mediterranean sea split up in two parts. Caught up in a political deadlock for more than four decades Parlamenti and Pantanella have collected surrealistic impressions of a beautiful country full of contradictions.

In this interview one of the authors, Lavinia Parlamenti, talks about the experience of realizing a collaborative project and turning it into a book.

Lavinia, one of your latest series is called “ROUNDABOUT #cyprus”. What is it about?

“Roundabout” is a photographic, physic and mental trip I shared with my companion Manfredi Pantanella traveling all across Cyprus.

Cyprus is an island in the middle of Mediterranean sea, since 1974 split in two separate geographical areas, the turkish in the north and the greek in the south. It seemed to us a kind of weird place living a very particular situation, so we wanted to experience more about it.

Once on the island, we started documenting several issues, finding impossible to move separately, as there are almost no buses and no trains running the island.

We decided to share a car and travel together, soon starting to collect surrealistic impressions about such a beautiful country full of contradictions.

“Going round in circles: seemingly open to many solutions, but finally always getting nowhere.”

We got lost many times because it’s kinda impossible to reach a destination just relying on maps, as the cities have a double nomenclature system (greek-turkish) and the official maps are just written in greek (greek names, greek alphabet) and not understandable by the people on the turkish side.

The word that people kept repeating to us in order to show us the way, no matter in which side we were, was “Roundabout”, as there are thousand of them on both sides of the island, urban heritage of the british domination at the end of 1800.

We started to portray the inhabitants giving us directions and all the nonsense places we passed through to represent the grotesque of the Cypriot situation, since many years going round in circles: seemingly open to many solutions, but finally always getting nowhere.

Usually the work of an artist is rather solitary. This project on the other hand was a collaboration with fellow Italian photographer Manfredi Pantanella. How was that experience to work jointly on a project?

Sometimes you feel tied to the other and it’s frustrating.

Sometimes you can consider it as a learning experiment, most of the time it has been, in our case, fun.

My favorite moment was when we both understood what we were doing and our delirium got free.

We explained the idea of our project to the Cypriot guys we were living with, as they were often complaining about the situation of a stuck country opened to one million solutions that finally seemed to get nowhere.

They perfectly got our game and enjoyed it a lot. At one point we found ourself saying:

We are now planning another collective project, that will be probably turn into a self-publish book as well.

The project has been turned into a book. Can you share a little bit your experience of publishing? From the editing and financing to the distribution.

I am one of those people who still buy music instead of downloading it because I like to own the cover and the booklet. I have also been working as a graphic designer, so I knew how to practically plan a project and realize a book.

While editing the pictures, we saw that there were several couples of images that talked to each other.

I quickly realized a very first dummy in order to participate at the Fotobook Festival in Rome (fall 2012), just putting together the pairs that worked well.

“With an extremely refined object, you will definitely need to look for an editor if you want to produce more copies.”

I was not satisfied, so I did the dummy again, changing the format and adding details to make it more interesting as for example the scanned map that we used during the trip, which is today the cover jacket.

I split the book in two, to remind the concept of division and giving to the reader the possibility to produce his own trip, trying to arouse nonsense in every possible combination.

We founded both the project and the publishing by ourself, but we really did everything (trip and production) with a very low-budget. At first we printed 20 copies just to know how it looked like and we brought them to an exhibition we had in the north of Italy. They were immediately sold out.

So we decided to make 80 more. I sent the dummy to a couple of grants, brought it to some library to be sold and to put it on the internet. It worked again. We were shortlisted at the Dummy Award in Kassel and the book is now part of “Little big Press”, an itinerant photo library. A bunch of photography and design blogs featured the dummy and some people started to ask me for a copy by email.

I mean, it depends on what you work on, “Roundabout #cyprus” is voluntary conceived as a kind of book that you can produce by yourself.

But I guess that even deciding to make a serious big artist book, you can start by making 2 or 3 copies by yourself. Then the difference is that, with an extremely refined object, you will definitely need to look for an editor if you want to produce more copies.

We both had the same camera and lens, we bought transmitters on the internet because we wanted to use the external flash in order to create a grotesque mood.

We chose the “Roundabout” characters together and then we alternated, one cared about the light while the other was shooting.

What do you consider to be the biggest challenges documentary photography is faced with? And what have been the most important changes in recent years?

“The fact to have easy access to a quality image doesn’t make everybody a photographer.”

Sometimes I say to myself that even if it happened to me to live in a period of extreme decadence, at least it has been great to have been witnessing such a great global technological revolution and living the transition to the digital world.

Of course this tsunami has also affected photography’s world.

Everybody has a good camera but when I hear people saying that today everybody is a photographer it really doesn’t mean a thing to me. I love to discover people that I consider talented on Instagram or Flickr and I also like to follow the life of pop stars through their iPhone pictures. The fact to have easy access to a quality image doesn’t make everybody a photographer.

I am not disturbed by the diffusion of digital cameras nor I think this could really represent a challenge for documentary photography, photographic skills still prevail on the camera.

On the other hand, I see how, for instance, this diffusion has changed the relationship between ordinary people and photography, so that people are obsessed (in both positive and negative sense) by the fact to possibly end up on a Facebook page.

The way I look at the world is always the same, but the need to have a discipline and a method even keeping the creativity alive is pushing me to be less messy.

I used to be very chaotic, freaky and random in everything.

I still do it because it’s the way I am and I enjoy the best, but photography helped me to assume this side of me and to control it more. As everything you love a lot, you push your limits for it.

Even if you don’t notice it, in the attempt to be an author and to be clear in what you are telling, you do a lot of research by yourself.

What does a photographer (and his body of work) need in order to stand out and get noticed? Especially keeping in mind the abundance of visual imagery in today’s society?

Ansel Adams once said: “There is nothing worse than a sharp image of a fuzzy concept.”

Well, I think the most important is to carry on sharp concepts, go and develop them.

Promote them through the internet and participating to the grants. Have a method – and love it.

To live in Marseille, the school in Rome, the egyptian revolution, to meet my friend Manfredi and ISSP summer school in Latvia.

Next time! Thank you Kai. 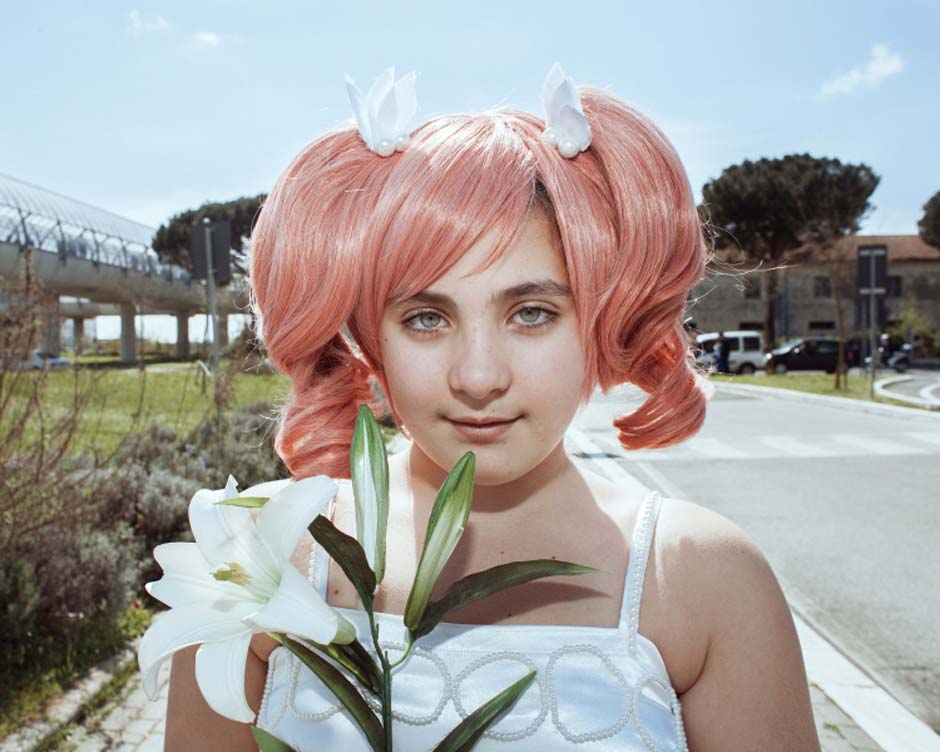 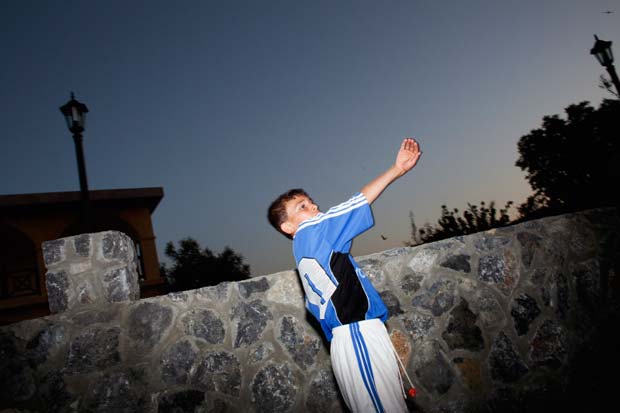 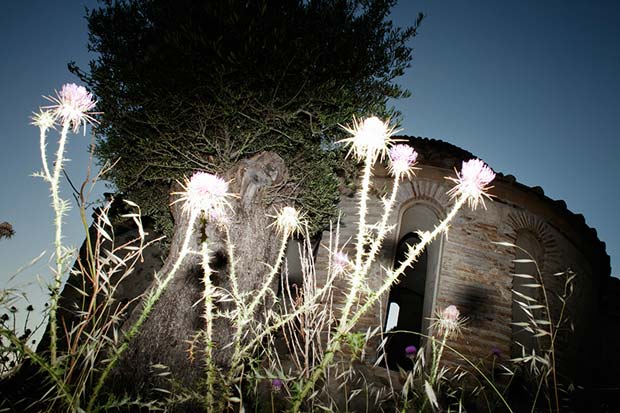 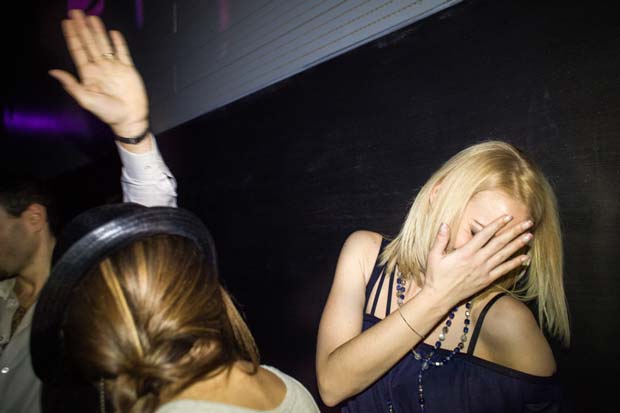 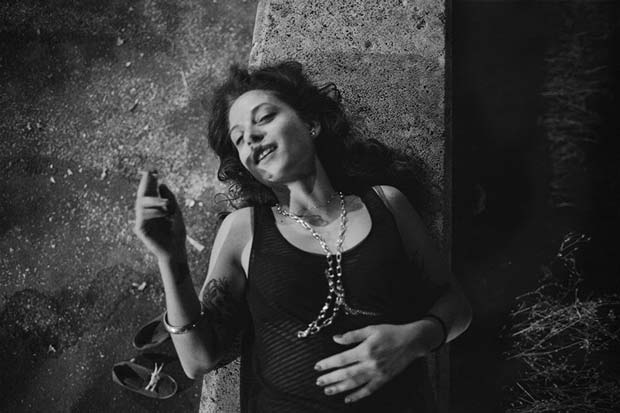 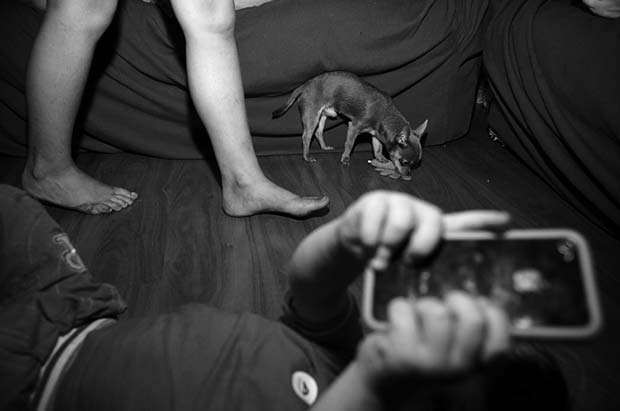