“You have to be patient and create a comfortable relationship with the people you photograph.”

In this interview he talks about his latest project called “Bittersweet Apple” which deals with the Greek community in Astoria, a multi-ethnical neighbourhood in New York.

Through the viewfinder of his camera Niko J. Kallianiotis explored the Greek-American diaspora.

Niko J. Kallianiotis explains what it was like to follow the traces of his homeland thousands of miles away and why in the end he was experiencing a strong sense of alienation.

Niko, your recent project is called “Bittersweet Apple”. What is it about and why did you decide to take on that particular subject?

Twenty-five-years after my first encounter with New York, I returned to New York City in 2011 and ended up, of all places, in the same old neighborhood of Astoria.

“There were Greeks here, but they were not ‘my’ Greeks.”

As a youngster, I resented being in Astoria during my adolescence, and I often tried to find ways to escape and return to Greece because everything and everyone in Astoria felt foreign.

What I expected to be familiar during my first visit to the States as a child was actually quite unfamiliar, regardless of the reminders of Greek culture that the area offered.

That environment, its diversity, even the faces I encountered in the community, only added to my sense of alienation. There were Greeks here, but they were not “my” Greeks.

For my project “Bittersweet Apple: Pikroglykimalon”, I investigated the Greek-American diaspora and its survival in images that depicted the symbols and explored cultural traditions and personal memories in the setting that was once the center of Hellenism in North America.

I have also created a book and at the moment I am looking for a publisher.

Absolutely. I had several ideas about this project; one was to create a cultural “document” considering Astoria is one of the most ethnically diverse neighborhoods on the planet, according to a National Geographic article, in 2009.

None came to completion due to the intricate nature of Astoria, but mostly due to my personal experiences and memories with the neighborhood. I decided that I would not try to fabricate the work but let the work evolve and speak to me organically.

This project was a personal matter to me and I was certain that any other direction would fail.

In general I work lightly and don’t like equipment getting in my way. For this project I used one camera and for the most part one lens, 17-40mm ƒ/4.

I photographed intuitively and was drawn to images reminiscent to my homeland and images that simultaneously depicted my alienation, and desire to discover a sense of cultural belonging, to the place I once resented.

I think it’s not easy to explain the process of linking form and content from the images displayed here.

By seeing the sequence and content of the book, the image sequence and the pairing of images the intent becomes apparent. As an entry point, the form, color, and the directness of the early images in the sequence, as well as my desire to discover a sense of culture belonging, is evident.

How do you realize a project like “Bittersweet Apple”? From the idea, the research, finding the characters, getting to know them, interactions, earning their trust etc.? How do you connect with your subjects?

A courteous personality, especially when producing work that falls under the same stylistic criteriums, which involve proximity, is imperative. Talking to people and making them understand what are you working is important.

Additionally, sharing some personal stories and incorporate humor is proven to be a good recipe, especially with people sharing the same heritage as mine.

In general, I believe I am good at putting people at ease when the situation requires trust.

I do. I tend to let a situation unfold before me and with my camera blend myself in the conversation visually.

You have to be patient and create a comfortable relationship with the people you photograph. If you do, for the most part things will work out.

I am interested in making people connect with the photos and make them feel the connection I have with a particular subject matter.

I am not so much interested in stimulating a specific emotion, but I want my images to transcend the viewer to something more than the obvious and to reflect his own story and meaning with the image.

We live in a very visual society where images seem to lose their impact because of the sheer amount of visual imagery. What do you consider to be the biggest challenges documentary photography is faced with? And what are the most important changes recently in photography?

“Photographers fall into the trap of photographing subject matter that sells.”

Make it personal. I can’t overstate how important this in creating a successful project and I am a firm believer that it should be the canon for every photographer.

Photograph something you care about, something that moves your heart because if you don’t, you will not be able to transcend the viewer in the photograph. Photographers fall into the trap of photographing subject matter that sells or is popular in order to break into the trend.

I don’t necessarily subscribe to that but if that is the direction a photographer wants to take, fine. But make it personal. It must be something you care and feel strongly about and find that angle that will make it unique.

I think the myriad of possibilities the Internet offers to promote one’s work is an important change but at the same time might be problematic because project can easily be lost in an immense pool of projects.

What does a single photograph or series need in your opinion in order to stand out and get noticed? Especially keeping in mind the abundance of visual imagery in today’s society?

It needs to be unique, layered, not obvious, and simultaneously reflect a personal style that is distinct, considering the abundance of visual image we see every day.

I became a photographer when I moved to the United Stated about two decades ago. This transition exposed me to an unknown world both culturally and socially.

“Through my lens, I have found comfort to battle this issue of alienation.”

That said, I guess I am a “tourist” both in this country and Greece, considering half of my life was spent in Greece and half in the States.

Photography gave me the opportunity to explore my environs and I strive to evaluate and assimilate in a society that once felt so foreign to me.

This process is ongoing and challenging. Through my lens, I have found comfort to battle this issue of alienation.

My move back to New York City in 2011 and my project “Bittersweet Apple” was an important landmark to my career.

This project was a departure from any work I previously created, which predominantly circulated around editorial photography. The process of creating this project (which I plan to continue in the future) made me think differently about my work.

I had to work with a different set of ideas for this project, and above all this was something that was not assigned. This was a personal encounter, it was my journey from the past, my experiences and my memories, what I remembered and what I didn’t want to recall.

I had to reconcile and prepare for this transition and I must say the process at times seemed incongruous.

I believe you have covered all the questions. If you like and have the time you can write a personal review/reflection on the work. I am always interested to see how people respond to my work, especially on this project. 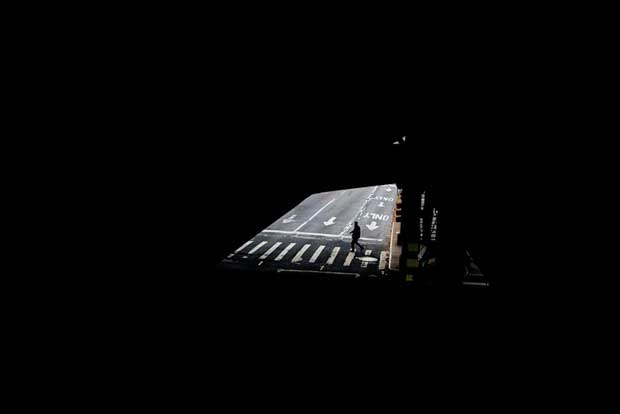 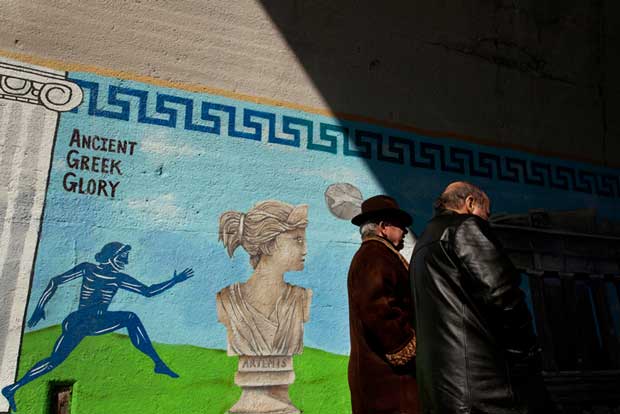 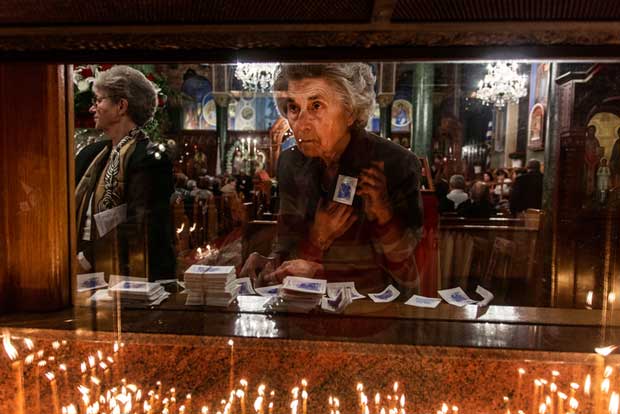 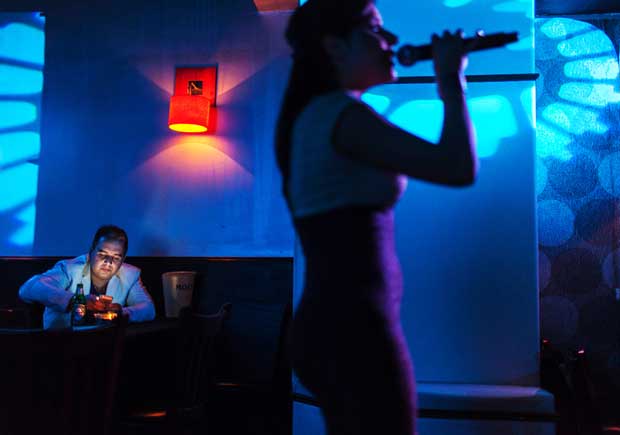 He is a contributing photographer to The New York Times and a member of OramaPhotos in Greece.

His first monograph, America in a Trance will be published by Damiani, Italy, with a schedule release date September 2018.