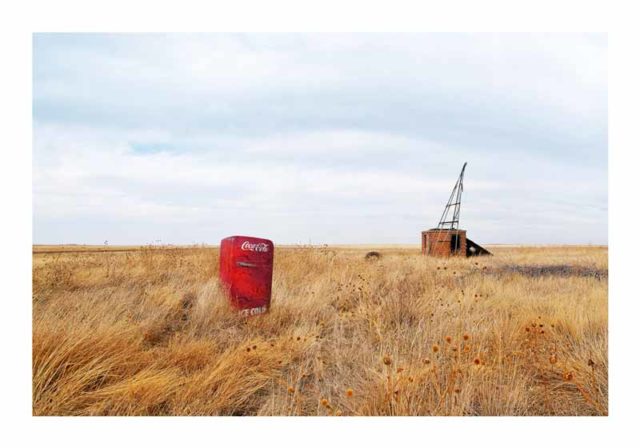 “My pictures are born from an esthetic project of which I previously had a clear as to what it should look like. It has a lot to do with my way of looking at things. I work the light in my pictures as if they where painting.”

Sergio, how did you become a photographer?

I’m an autodidact. In addition to that I have participated in several workshops on photography.

Which was your first camera and photographic experience?

I think it was a Pentax SP 500, an analog camera. I’ve always relied on my intuition when it comes to composing and taking pictures. Besides I’m a passionate painter and like to draw.

In the field of art, it’s where I feel most comfortable. I feel that photography is the best way to express my ideas.

It’s a way and necessity to express myself artistically.

Which photographer inspired you most?

Joel-Peter Witkins. I admire his way to portray death and beauty in the non-conventional.

Which is your favorite photography quote?

Among my favorite photography quotes is what British photographer Paul Graham said about tradicional photographers rejecting the digital and computer programs like Adobe Photoshop.

How would you describe you personal photographic style and way of working?

My pictures are the result of previous ideas. I think first what I want to express and then represent this idea photographically. It’s more a process than a style, I think. So my pictures are born from an esthetic project of which I previously had a clear as to what it should look like. It has a lot to do with my way of looking at things. I work the light in my pictures as if they where painting.

What does a great pictures need in your eyes?

A good idea and a photographer who knows how to translate it with his camera.

Where do you draw inspiration from?

From real life and the stories I hear.

How do you stay up to date about new developments in photography?

I do a lot of research on the internet and look at the work of other photographers – but also other artists like painters.

Which advice would you give someone who wants to become a photographer?

Sergio Fasola is an Argentine photographer and visual artist. He was born in 1953 in Santa Fé (Argentina). Sergio Fasola studied art in Florence, Italy. In photography he was a student of Bauhaus profesor Esteban Marco. He has also worked as a screenplay writer and TV producer. In his pictures, Sergio Fasola combines photography and art.

Similar to Sergio Fasola, there are some other photographers featured on this site who also take on a rather artistic approach on photography in their work. Among them are Isadora Romero (“Alteration Of Reality”) and Marta Orlowska (“Moments Of Pleasure”).