Have a look at what the great masters said about photography

Quotes from famous photographer A to F

“Photography has traditionally claimed to represent something actual and many people have questioned if it ever shows us the truth.”

“On of the first photographic series that inspired me, was a set of photographs by Ray K. Metzker called “My camera and I in the loop”. The visual tension between its deep shadows cast by the muscular downtown architecture of this city of the big shoulder. And those brilliant shafts of light illuminating details of life in the loop like series of cinematic close-ups.”

“To take pictures (rather: to have the incredible privilege of taking pictures) is “too good to be true”. But just as well it is too true to be good.”

“In the end, maybe the correct language would be how the fact of putting four edges around a collection of information or facts transforms it. A photograph is not what was photographed, it’s something else.”

“I photograph to see what the world looks like in photographs.”

“There is nothing as mysterious as a fact clearly described I like to think of photographing as a two-way act of respect. Respect for the medium, by letting it do what it does best, describe. And respect for the subject, by describing it as it is. A photograph must be responsible to both.”

“In my view you cannot claim to have seen something until you have photographed it.” 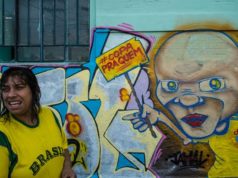