The Spanish documentary photographer Diego Zapatero has during his 3 years scholarship with the Indonesian Institute of Arts in Yogyakarta, Indonesia, covered and reconstructed the complete set of characters, costumes and poses of the ancient Panji play, true to the old style of portrait photography.

The Panji performance is known throughout Southeast Asia, and has historically played an important role in popular culture in the region.

Narve Rio, Norwegian researcher and writer, has interviewed Zapatero on this particular work, and as it compares to covering tribal tattoo traditions in Borneo and other projects of his in Asia.

Firstly, what overall, do you think, is your mission right now in your photo documentary work?

I would like to define my work as anthropologic visual stories; that´s what I am interested in. It is necessary to know the context and the history, also the traditions, before starting anything.

“Showing different ways to understand life, is the objective of my work.”

Approach to the object will be easier, and it will help us to pin down what we want to tell, that´s really important. To make people see things in a different perspective, showing different ways to understand life, is the objective of my work.

Tell us about your current project, Diego, the “Panji” project, what is this performance, how did you get interested in it, and what made you want to document it?

My passion for the masks started long time ago. When I was I kid I used to see all the material from my father’s expeditions into the Amazon in our house, between them a big collection of the Yanomami tribe artefacts like blowpipes and arches, and not to forget – masks.

The first time I saw a “Wayang Topeng”, which is a Javanese dance mask performance, was about three years ago. At that time I took the first photos that have become more representative of my work lately. However, at that time I didn´t realize the complexity of this Javanese art. With time, I started to research the topic, and I found a big collection of Dutch journals from the 19th century and the beginning of the 20th century. The journals had photos taken in the colonial period, in old studios, with a technique modern photographers don´t use anymore. That made me feel something, you never seen that style anymore these days, and I thought maybe it could be the moment to start a project?

What is the value of such work as you did in this project, why is it important? Do you see the times we are living in now as crucial to the destiny of such cultures and traditions?

Nowadays, I think it´s a “decisive moment”. The modernity, technology, is reaching everywhere, and sometimes it´s related to the loss of identity and traditions. In Southeast Asia we are at a crucial moment in that sense, for many cultural manifestations and traditions it is the last opportunity to see something that will be not in here anymore in only 10-20 years.

“It´s a universal issue, a performer loses his previous identity and assumes a new one.”

About the topengs, the masks, I have often seen exhibitions of masks as a material thing, as a souvenir. But why not pay tribute to those who are behind them, try to understand the character it creates? It´s a universal issue, a performer loses his previous identity and assumes a new one, outside his own will, which has become subservient to that of the being of the mask itself. At all times this remains important, in the constellation of the mask, the dancer and the viewer.

Do you come out of the project with moments and memories that will stick in your mind, lessons learned about perhaps both culture and photographic work?

Yes, well, on this particular occasion, the whole thing was closer to a movie shooting than a photographic one, from the design of theatre backgrounds based in old motifs, carpets, and the fact that I had to build a big tent with the help of villagers for the shooting. That was an amazing experience; sharing with them the real Javanese life and their great hospitality.

“At the first meeting he was suspicious and he didn´t pay too much attention.”

They were really enthusiastic and they appreciated greatly the fact that a foreigner wanted to make such a big thing on an almost extinct art.

They understood the reason for the project very well and they were very collaborative in every aspect and every moment.

I will always remember how happy the dance trainer, the village choreographer, was at that time. He’s an old man, Mbah Sugi, almost 80 years old, but still strong and active. At the first meeting he was suspicious and he didn´t pay too much attention. Then, at the next meetings, I gave him the position of the director, free to create the scenes, and it made him happy and enthusiastic again like in the old times. That was very intense; one of the aims of the project was just that.

Previously this year you are doing as diverse projects as masks and tribal tattoos on Borneo and transgender societies in Indonesia. How does this project relate to your other work? Is there a common story you’re trying to tell in this phase of your work?

Mask dances in Malaysian Borneo have already practically disappeared, I needed to do deep research of old books, and also museum materials, for getting into it and to identify its traditions and whereabouts. I was really lucky to find some masks, Iban tribe masks in Sarawak and Bahau masks in Kalimantan, during my fieldwork in Borneo. That project is more related to fine art than my previous ones, more personal, and focused on portraits more than before.

This has an explanation, though. To get the feeling of the old photos I did thorough research, I used the same techniques as the old photographers. For example, the way they managed the light was the key to create that feeling in the photographs, mostly poses because the slow shutter speed, and this is right now at the core of what I want to express with my photography.

Finally, what, if anything, in the photographic world inspires you and makes you want to continue your work? Are there any influences that have helped you to shape your photographic style, work methods and choice of projects?

Well, I continue because with photography the way you get to know the culture is totally different from a regular traveler.

“I try to be very anonymous, not disturbing the situation, and first of all getting the trust of the people”

You have to go much more deep into it, which again is really awarding. In other reportages now, I start to use the camera only at the second or third day, because is so important to be aware of the whole scene. Sometimes I try to be very anonymous, not disturbing the situation, and first of all getting the trust of the people. That is super important, in my view, and it will most certain affect the result of the work.

With this method, of course the research and the issue itself that I want to document is at the forefront of my mind. However, if it´s possible, I try to plan what I want to take photos of, you know, there are always situations we never expected coming up along the way, things happening that was never planned, but I find that having a structure helps a lot to get as good results as possible.

Old school photographers influence me, as Sebastião Salgado, who shows the unpolished faces of nature and humanity, or Henri Cartier-Bresson, as a genius of the composition and the “decisive moment”, and not to forget Irving Penn with his essays of still life and portraiture.

Especially this year, I have read a lot of old books for different reasons, books of history, anthropology and expeditions. All these photos from the old books have influenced the recent development of my style, like Carl Lumholtz, explorer and photographers, others like Frank A. Rinehart, Edward S. Curtis, all who made important work on North American Indians, and finally, Hedda Morrison with the works on the Dayak people of Sarawak in Malaysia.

Diego Zapatero (1982) lives in the city of Yogyakarta, the cultural cradle of Indonesia. In his work he travels Southeast Asia to seek out the deepest and most genuine stories to substantiate his photo documentary projects. Back in Spain, at the age of 25 he was migrating into photographic work from a background as a pianist and composer and also from a career in marketing and business administration.

Step-by-step he was lead towards his passion of cultural exploring, by heritage, and from a keen interest in Indonesian culture. In 2010 he was sent from Spain on a two month mission to cover the eruption of the 9.600 feet tall Merapi Volcano on the island Java in Indonesia, one of the most active volcanoes in the world. He found the base of his dreams in the city of Yogyakarta where he was fortunate enough to be offered a scholarship for three years at the Indonesian Institute of Arts in photojournalism and documentary photography, focusing on visualization of human stories and Indonesian culture.

Zapatero has taken an interest in the intangible about cultures in Asia. Whether, like his projects this year, capturing a tattoo on a tribal body in remote parts of Borneo, a trans-gender Muslim society or a traditional dance character in full paraphernalia in densely populated Java, there is more to his photos than meets the eye at first glimpse.

Many manifestations of cultural heritage needs to be seen in and put in the light of sometimes thousands of years of continuous evolution, interpretation and re-interpretation, to even remotely fathom the depth of the characters and their current appearance.

Right now, towards the end of 2014, he is about to wrap up a project on a ancient traditional mask performance in Gunung Sewu (Thousand Mountains) on the volcanic island of Java, Indonesia. 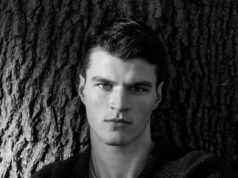 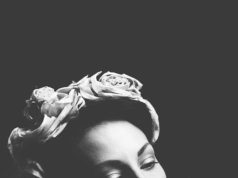 The Sensual Side Of Human Form 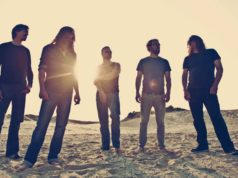