“Photographs mean different things to me at different times, always changing. They’re a way to know the world, a way to build a relationship with it. They are memoir. They are protest. They are haiku. Sometimes, they are revelations.”

Andres, what was your most memorable moment shooting pictures?

One experience stands out, although it’s more about the image not taken. I was in Namibia making a photograph of the desert. This was back in 2000, before I was taking photography all that seriously. I was there leading a Namibian outward bound type program, in a small town called Aus for a couple of years after university. That morning I had borrowed my headmaster’s pick-up truck and driven out-of-town and into open desert towards the plateau between Aus and Luderitz to make a picture of the sunrise. The plateau slopes down into sand dunes until it flattens out and reaches the ocean, with nothing but open space in between, super beautiful. I had heard of the feral horses of the Namib desert but had never seen them. Suddenly there they were, about two hundred yards from me, a small group of maybe 10 or so. I crouched and watched as they kept coming closer and closer until they were about 20 yards away. There was a moment where we were all spooked, and then we came to an understanding. Eventually they drifted off. I didn’t make one picture of them.

I initially wanted to be a writer from when I was really young in grade school, all through high school and college. But before I left for Namibia, my father gave me a Minolta X-700 and a handful of black and white film, and over those two years I fell in love with the camera. Making pictures felt like a clearer, more honest way of responding to my experiences there. After that period of my life I never really went back to writing except to write letters.

Photographs mean different things to me at different times, always changing. They’re a way to know the world, a way to build a relationship with it. They are memoir. They are protest. They are haiku. Sometimes, they are revelations.

I would say my partner Carolyn, also a photographer, has been a great source of inspiration. The alchemy of our lives over the last 10 years has developed into a wonderful working relationship. She brings things out in my work that continues to surprise me. She’ll say, you should do this, and I’ll say are you crazy that’s not me, but then I’ll end up just where she said I should be going. We also argue and disagree a lot, but even in those disagreements I’ll learn something new. Photography is a lonely profession in many ways, and I’m grateful for that dialogue.

One by Robert Adams:

“There is still time – in the lee, in the quiet, in the extraordinary light.”

I love exploring the work of artists who are experimenting with the mechanics of photography, pushing the medium’s conceptual and physical boundaries, but my own work is hewn to a simple, dare I say, documentary tradition. I’m only trying to reshape that language to tell my own stories. My pictures are not loud, and I’m not obsessed with trying to say something new. What’s most important to me is being out in the world, engaging with it emotionally, and then intellectually; to experience a moment as clearly as I can, and then relay these little discoveries back to the people I care about.

Honesty, self-criticism, an ability to detach yourself from the photo community.

I don’t really consider myself a conceptual photographer. I try not to map out a project too much, or define its parameters in advance, or speak from a place of authority. I do try to find content that feels important, follow certain themes, and have a point of view, but I try to follow my instincts more than plan, letting myself drift from one idea to the next organically, reacting directly to my surroundings. That said, working this way is not easy for me, I struggle with the desire to be more intentional, and my nature is to over-analyze. Many times I find myself staring hard at things, thinking, that’s not anything special, but I’m feeling something. I think it’s this tension between a desire to understand emotion and a desire to let it exist un-objectified that drives me to create work.

As for technique, I don’t think too much about it. If anything I would say the pace at which I work is important to me. I work slowly, I use manual cameras, I always carry a tripod. I also need space and time to walk, read, absorb, listen, visualize.

I would say everyone is different. You have to find what works for you, and then commit to the work. If anything is required, I would say seriousness.

I don’t know if I can answer that. But I suppose a great photograph should transport you intellectually and emotionally, like any work of art. Images are hard to trust, but I feel like we all have that desire.

My workhorse has been a Mamiya 7 for years, but right now I’m experimenting with all kinds of cameras and films. Probably because I’ve just relocated from Istanbul where I had been based for 6 years to rural Mississippi, trying to find the right tools and language to explore this new terrain.

I used to visit more photography websites than I do now but there are a few I do still love. “The Great Leap Sideways” run by Stanley Wolukau-Wanambwa is excellent.

There are so many. I have recently acquired Robert Adams “Prayers In An American Church”, and Stephen Gill’s “Coexistence”, also quite great. Both deal with our relationship to the planet through very different points of view, but both equally poignant and poetic.

Which advice would you give someone who wants to become a photographer?

For this one I will quote the graphic novelist Scott McLoud: 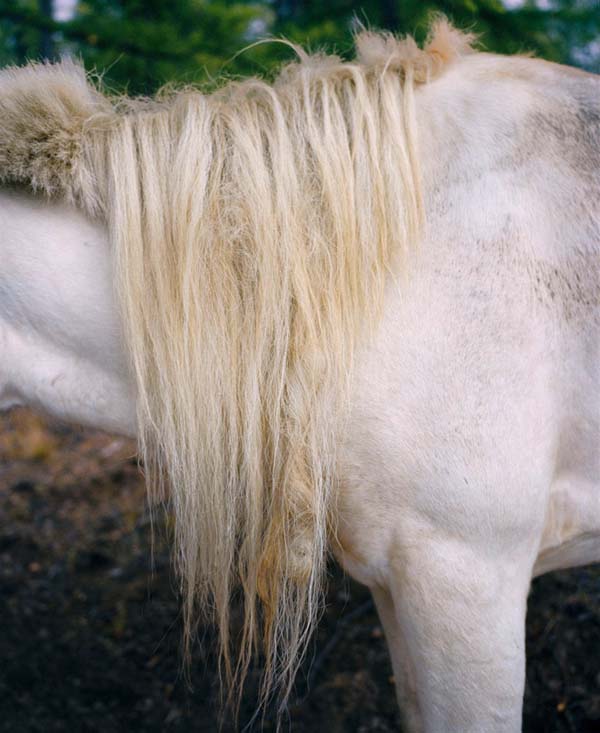