“Nobody is perfect all the time.”

Sarah Stacke is a documentary photographer from the US currently based in Brooklyn, NY.

She took photography classes as an undergraduate and graduate student, although she never received a degree in photography.

Sarah Stacke learned the most about photography through practice and working as an assistant.

“I was drawn to photography as a means to say something about the world. It became­, and remains, the way I process life events – my own and those around me – and questions of humanity. It means everything to me.”

In this interview, Sarah Stacke talks about her long-term project “Love from Manenberg”:

“It’s about life and how messy it can be. It’s about relationships and the understanding that nobody is perfect all the time – how boring would that be – and that it is what is in the heart that binds us.” 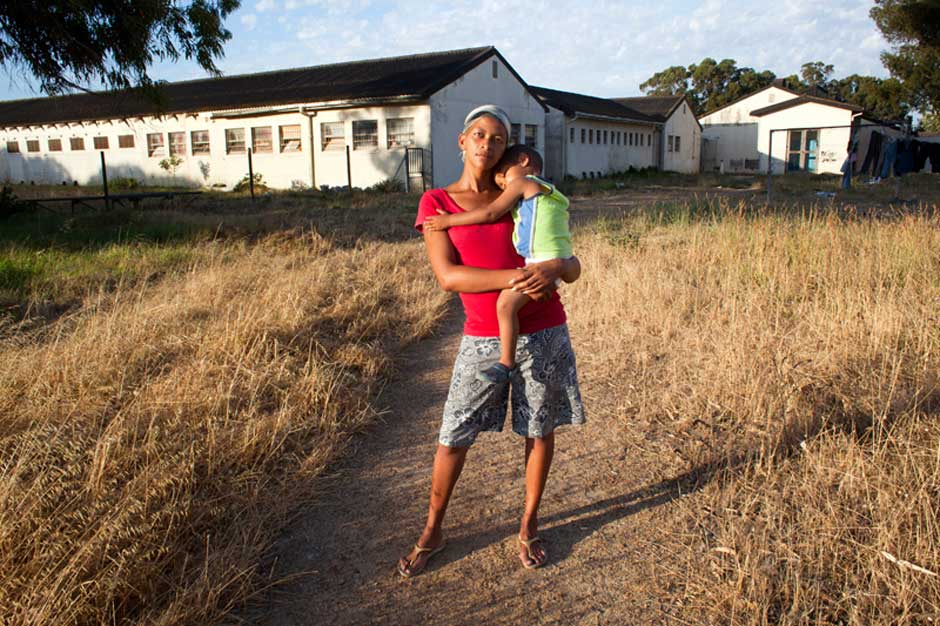 Sarah Stacke, you began your career in 2000 as an assistant to Burt Glinn of Magnum Photos. How did you get to work with him and what does that experience mean to you (looking back)?

I met Burt while I was an intern at Magnum Photos. He called the office to see if anybody was available to help in his studio for the day. The rest is history. Burt and his family have influenced my life in countless ways.

Your photography is documentary style focusing greatly on humanitarian issues in conflict zones around the world like the Sub-Sahara region or Congo. What pushed you in that direction?

When I started learning about Africa as a child, I questioned the way it was represented. I felt there was a lack of complexity when it came to representing the continent. I could never have articulated that at the time, but I did know I needed to see it for myself.

I’d like viewers to get beyond what they think they know about someone or something. 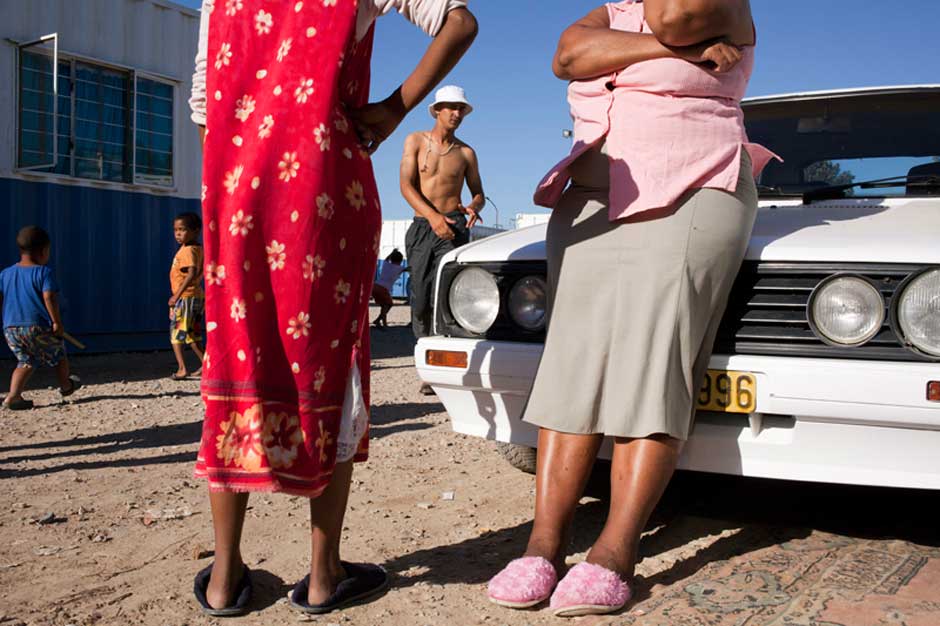 An ongoing series of yours is called “Love from Manenberg”. What is it about?

It’s about life and how messy it can be. It’s about relationships and the understanding that nobody is perfect all the time – how boring would that be – and that it is what is in the heart that binds us.

Looking at the images of a series, one often isn’t aware of how much time it took to take them. How much time did you invest into this particular project?

I’ve been traveling to Manenberg since 2011 and have spent close to a total of six months there. I’ll be returning in September. When I’m not there, I keep in touch with Debby Lottering on an almost daily basis using WhatsApp.

Which photographic techniques (composition, use of light, framing etc.) have you used in this project to reinforce the message of the body of work?

My main technique is time. When I’m in South Africa I spend as many hours of the day as possible in Manenberg. That way I can capture a variety of the day’s light and a variety of situations. Most importantly, the relationships are built with time. I hope that answers your question. 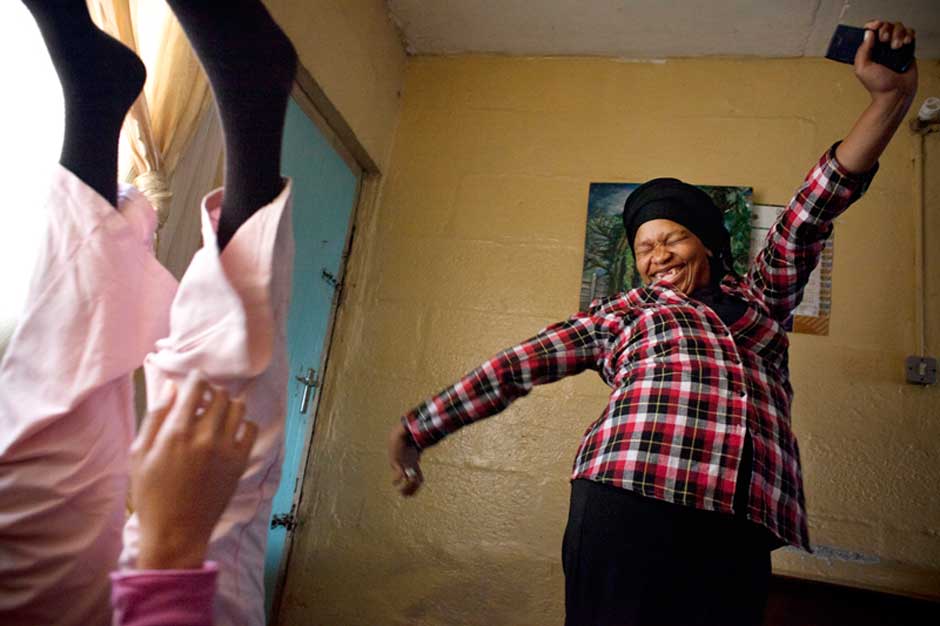 At the beginning of each project one often has some kind of idea in mind as to what the result could be like. Sometimes that changes along the way and the result is quite different. Has that been the case with “Love from Manenberg” and if so what have you learnt during the project?

“I’m trying to go beyond that truth now, to find something even deeper.”

“Love From Manenberg” has been fluid since day one. Where this series might eventually take me, or the Lotterings and others in Manenberg, is as unpredictable as life itself.

I’m constantly asking questions as I develop “Love From Manenberg”. At the risk of sounding cliché, what has been reinforced over and over again is how much we all share. It seems so obvious, but it’s still hard for some to believe. I’m trying to go beyond that truth now, to find something even deeper.

How do you realize a project like “Love from Manenberg”? From the idea, the research, finding the characters, getting to know them, interactions, earning their trust etc. – and not to forget the funding.

I never consciously sought “Love From Manenberg”. It came to me, although I did pursue it once it arrived. As I’ve learned more about the community I’ve tried to focus on aspects that weren’t apparent to me at first.

Manenberg is tight-knit; everybody knows each other’s business. Naomi and Debby have been able to introduce me to almost anyone that was of interest. For example, during my most recent trip I wanted to focus on the gangs. Debby’s best friend’s brother, Ashwin, is a member of the “Hard Livings” gang. I was able to develop that part of the story with him. 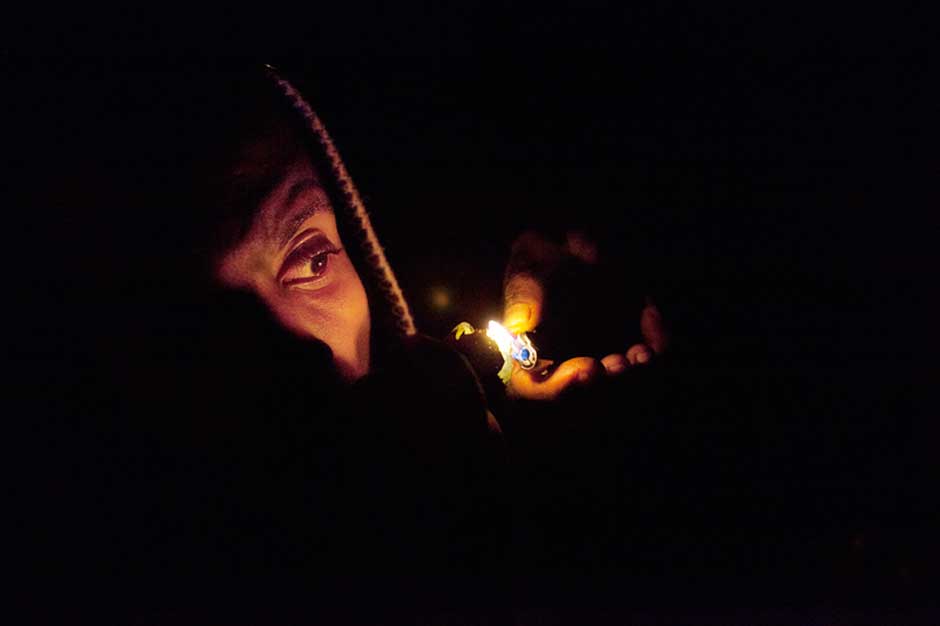 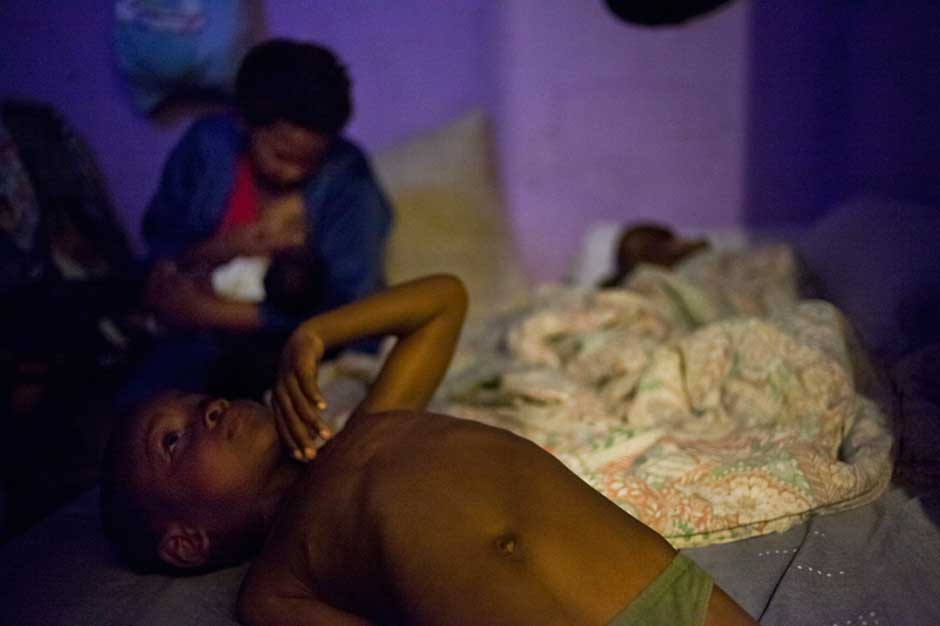 How do you connect with your subjects?

“Subjects” is a tough word for me. I don’t think of the Lotterings as “subjects.” But to answer your question, I connect with people I photograph by spending time together and trying to share as much about myself with them as they share about themselves with me.

You have worked in difficult areas with high social tension and crime rates. How do you handle the question of taking a risk to get a good shot and trying to keep things under control?

In Manenberg Debby or Naomi are always close. When I first started photographing there, they were nervous about my safety. They still are, but they know I’m determined, so we find a way to move around and photograph. Naomi used to carry a knife when I shot outside of areas where they knew all the families. With Ashwin, who is a member of the Hard Livings gang, I’ve been able to get into more pockets and branch out further.

We live in a very visual society where images seem to lose their impact because of the sheer amount of visual imagery. What do you consider to be the biggest challenges documentary photography is faced with? And what are the most important changes recently in photojournalism?

Well, one challenge that I find exciting is how to harness all the recent technology to create documentary pieces that use multiple platforms to highlight diverse voices, engage a broad audience, and motivate change. “Photography, Expanded” by Magnum Photos is an initiative of which I think very highly; they’re exploring this topic and encouraging many documentarians to do the same.

Photography has encouraged me to ask a lot of questions about the world. With that said, I hardly ever come to conclusions; I don’t feel that’s my role. I do, of course, have a point of view. 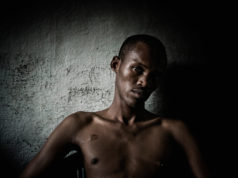