“Photography is vital to me. It’s become my connection to the rest of the world, the driving force behind my desire to try to understand people and places. It’s through photography that I explain the world to myself.”

She studied visual art at Winchester School of Art (UK) and at the Haute École d’Art et de Design in Geneva.

Later on she studied photography with the Open College of the Arts. She’s not represented by an agent. Alison McCauley is a member of the collective “Street Photographers”.

A selection of her prints is available for sale through Photo Democracy.

“I tend to save statements for series of photos. A personal statement that doesn’t accompany a specific series of photographs just seems limiting to me. I like to feel unencumbered by expectations or declarations.”

Alison, what was your most memorable moment shooting pictures out on the streets?

I had a few memorable moments in Djibouti. In the space of a few days I was threatened arrest by the Djiboutian president’s guards (apparently I had photographed something I shouldn’t have) and on a separate occasion, I was told by a guy, high on the narcotic leaf quat, that people like me (who take pictures in the street) get themselves killed, but it was the moment that a Somali refugee in a Djiboutian refugee camp said to me, “tell them what is happening to us” that I’ll never forget. He was referring to the civil war, famine and drought in his home country and I have never felt so inadequate in my life.

Why did you become a photographer? And why street photography?

I’ve always loved looking at and making images. I was a painter for many years, but I eventually started to feel that the idea of observing and capturing reality (or at least my version of reality) through photography was far more interesting to me than anything I could create on a canvas. I gravitated naturally towards street photography because I’m curious about human nature and also because the streets are the most exciting source of material I could ever ask for.

Photography is vital to me. It’s become my connection to the rest of the world, the driving force behind my desire to try to understand people and places. It’s through photography that I explain the world to myself.

What I want to transmit through my pictures varies so much from project to project and even from picture to picture. The only generalization I could make would be to say that I try to transmit my version of reality.

I first looked through Robert Frank’s “The Americans” in my early days at art school. I was blown away by his expressive vision of 1950’s America. Although I love his spontaneous, loose style of shooting, it is his ability to obliquely express his point of view and to reveal parts of his personality that excited me the most.

I have also always been interested by the different outcomes that stem from being an outsider versus an insider when photographing a location or a community. Frank’s non-American viewpoint enabled him to see 1950’s America from the outside in. There was no patriotic pride getting in the way of his ability to see. He was immune to the buoyant wave of idealistic optimism sweeping over America at that time. He had a healthy post-war skepticism toward American ideals of wholesomeness and the belief of the greatness of America. As someone who has moved from country to country my entire life, I am always an outsider and I suppose that I look for inspiration from photographers who also photograph from an outsider’s viewpoint.

My photographs are not planned or composed in advance and I do not anticipate that the onlooker will share my viewpoint. However, I feel that if my photograph leaves an image on his mind, something has been accomplished.

“To quote out of context is the essence of the photographer’s craft.”

I would rather not describe my photographic voice or language. It’s better if someone else does that.

As for my way of working, it depends on what I’m working on. I’m interested in different genres of photography. My approach to street photography is quite loose. I just head off hoping to find something that interests me.

I’ll answer this in the first person, but I think my answer is relevant for everyone. A photographic voice is something that develops naturally as a result of pursuing my interests and expressing or photographing them in a way that is honest. It’s important to be myself and to shoot what and how I want. It’s more important to me that I question my motivation for wanting to photograph something and that I ask myself why I choose to photograph it a certain way. I hope my photographic voice is the natural outcome of my reactions and responses to what I choose to photograph and not something I consciously strive to develop.

I like wide angles – anything between 20mm and 35mm. Good composition is important to me. I love rich colours but I also love quite high contrast black and white.

The only general idea behind all my work is to express my vision of reality. Many of my series are concept-driven – for example my series “Sombre Illusions” and “On The Grid”. When my work is conceptual, it’s usually an exploration of a specific societal issue.

The ability to see, visualize, react, persevere and walk – confidence helps a lot, too.

What does a photo need to be a great street shot?

Mostly from my responses to people, locations, events and societal issues.

What’s the biggest challenge shooting on the streets?

It really depends where. In a “normal” location, the greatest challenge is probably just getting a good shot. In some difficult locations, trying to stay safe is the biggest challenge.

During the past few years I’ve used either a DSLR or a compact with manual controls. Very recently I bought a digital rangefinder and it’s very pleasurable and intuitive to use.

The one I’m part of, a collective called “Street Photographers”: www.street-photographers.com. I also find that my Facebook contacts are very helpful at keeping me posted on what’s happening in photography. It’s like having a team of curators on hand!

I recommend that everyone interested in photography read “Looking at Photographs” by John Szarkowski. Szarkowski’s ability to get to the essence of each image and photographer in three or four paragraphs is amazing. I think it’s a book that can change the way the reader sees photographs.

Two other books that had a big influence on my thinking about photography are “Camera Lucida (La Chambre Claire)” by Roland Barthes and “On Photography” by Susan Sontag. After I had figured out Barthes’ photographic vocabulary and I could begin to understand what he was saying, I realized that he was expressing thoughts that I share but which I found so vague, subtle and inexpressible that I had never allowed myself to be aware of them. Camera Lucida is, to me, the most thought-provoking photography book I’ve read. With regards to On Photography, I find Sontag’s absolutisms hard to swallow at times, but it is definitely another book that deepens the reader’s understanding of photography.

Which advice would you give someone who wants to become a street photographer?

Do it because you love doing it. 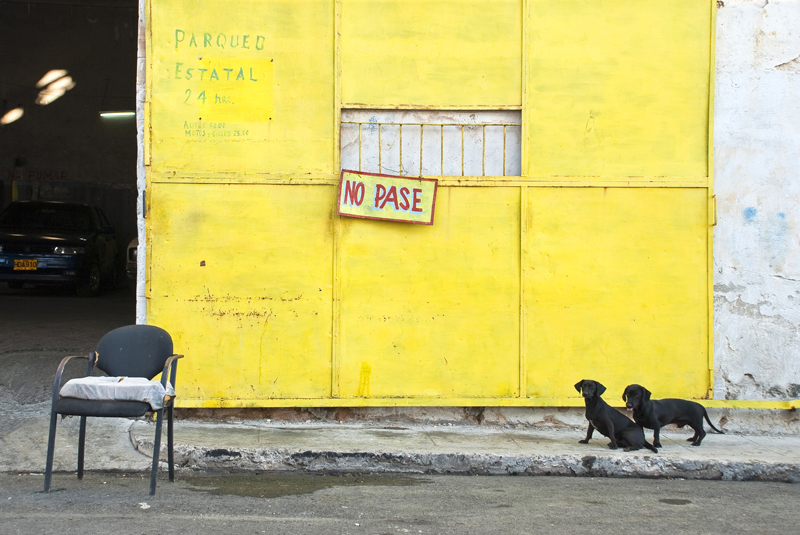 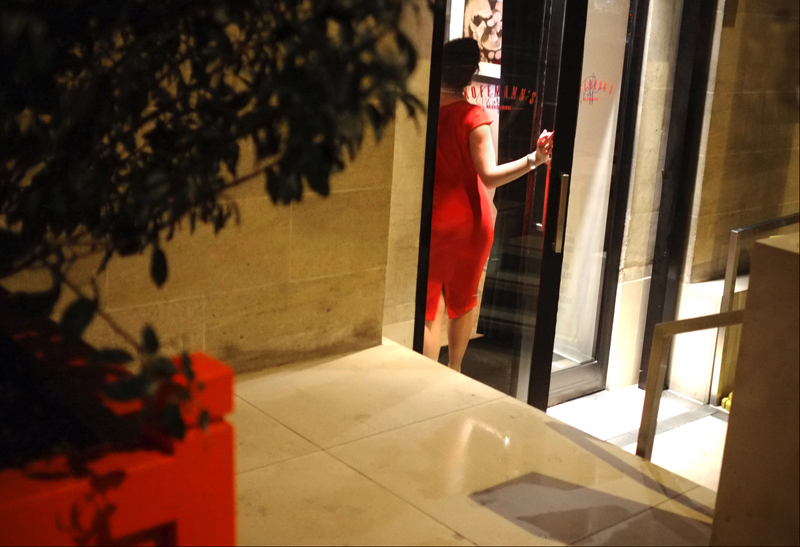