“I just stopped producing it. I simply cannot photograph that way anymore. It’s over.”

In this interview he tells how he found new inspiration after hitting rock bottom. And he fires at today’s art scene:

“The photography world is overwhelmed with sameness.”

Michael E. Sweet, you’ve recently experienced an “artistic identity crisis“, as you called it. Was there a specific incident that triggered it?

Yes, I think publishing a book was the thing that did it for me. “The Human Fragment” was a large body of work and consumed years of photographing.

“I simply could not fire a camera shutter ever again.”

I was always working towards something (publishing) and then when it happened – when the book was finished – I just felt like I, too, was finished, as a photographer.

It was a weird sensation. I felt as though I simply could not fire a camera shutter ever again. What was the point? I had produced what I believed to be my seminal work.

Soon you are going to publish a book called “I Had Planned To Burn It All”, featuring previously unreleased images from your project “The Human Fragment”. The title suggests that if you saw it coming.

(Laughing) Yes, I guess I did. I certainly had an urge to “burn all my negatives” or destroy all the digital files, as the case may be. I just wanted my photographs out of my life – out of my care and custody.

I had published this book of work and sent it out into the world and wanted nothing more than to wave goodbye to those images, to everything. I even sold the camera I used for that body of work!

“It was all stupid and naive and arrogant and self-absorbed.”

I think I also (foolishly) imagined some romantic scenario where my work would take on fame and importance from the very act of my abandoning it – from retiring my camera and hiding away from the photography world.

I think I believed that my book was good enough that it would make its own life without my help, my parenting. It was all stupid and naive and arrogant and self-absorbed. I know that now and I knew it then, but I still wanted it to be so.

An artistic identity crisis often manifests itself in different stages. A period of frustration followed by fresh inspiration resulting in the emergence of something new. Have you experienced something like that? If so, what stages did you make through?

Yes, I guess that is true. I certainly experienced frustration, that’s for certain. I guess I could also claim to have received renewed inspiration also. I have decided that I can still make photographs.

I’m still not convinced my work will ever be as good or as original as the stuff in “The Human Fragment”.

Regardless, I’m trying new things. I’ve moved on and I have cleared the “crisis” stage.

Crisis is good though. It provides time for drinking and sex and fucking around in the world. There is nothing more liberating than being an artist that isn’t producing – being an artist in name only. It might be a shit show for onlookers but it’s fun for the “artist”.

Who the fuck cares about what I’m doing anyway?

No one cares but me. This is 2014 and ordinary people can’t read a fucking sentence let alone construct one. Other artists are all wrapped up in their own pathetic lives busy tweeting about themselves.

This is the me-generation. The me-world. Ayn Rand would be wet if she lived today.

How did you manage to break free from your “signature style” – up-close photography, black and white?

I just stopped producing it. I simply cannot photograph that way anymore. It’s over.

Whatever I had to say in that style has been said. Period.

One thing is a change of style, another thing is changing the material, camera etc. How did both go hand in hand in your case?

I needed another camera because I sold mine in crisis. I tried to return to the Ricoh GR (the GRD 5 unofficially) and that camera is a flop.

They just produce the same old shit as everyone else now. Cameras are such junk these days compared to the “real” cameras of the 20th century.

Some of the stuff Leica is producing these days is a real joke. Might as well use your mobile phone. They are selling a name, not a product.

I’ll take an M4 any day compared to ANYTHING on the current digital market. And, while I am on a rant here, I think a lot of bad photography (there is so much of it out there these days) is a product of modern digital cameras.

Everyone is chasing that perfect (by this I mean technical perfection) picture.

I’m not sure I have EVER seen a perfect photo which is also, say, in focus across the frame. People need to be different. The photography world is overwhelmed with sameness. It’s boring.

The photograph is losing ground as art as a result.

What role does William Eggleston play at this point of your career? You mentioned that you’ve spent quite a lot of time studying his work?

I also became intrigued with his use of color. He inspired me to shoot in color. That’s what I’m working on now – color.

A fucking lightbulb people – shit in the freezer – those are real photographs.

He may well be one of the best photographers alive.

Besides taking pictures you are currently exploring the field of editing and curating. What do you like about these new fields of your artistic life?

Yes, I am working on a book called “The Family Album”.

It’s a bunch of found photographs that I acquired from estate sales. I bought thousands of old slides and have been searching through them to assemble a “fictional” family album.

I’m very intrigued by “snapshots” and their aesthetic value beyond the knowing of the people depicted in them.

“Curating is my mistress.”

I don’t know any of these people therefore I am not distracted by the people, I am looking at the photographs as art, as  “things” with photographic potential. It’s turning out to be a very interesting project.

As a poet I was always interested in found poetry – this is the same thing but with photographs.

It’s all about how you assemble it, how you place the photographs in relation to one another – curating.

I like this project because it’s a departure from the camera. I cannot be always fucking with the camera. Curating is my mistress.

Which course do you think your career will take in the future? Where do you see yourself headed?

Who knows. The internet guy just told me that I have been sleeping too close to my wireless router.

Damages the brain, he said.

I could be dead in a week – perhaps the one thing that will give my art a little real value. 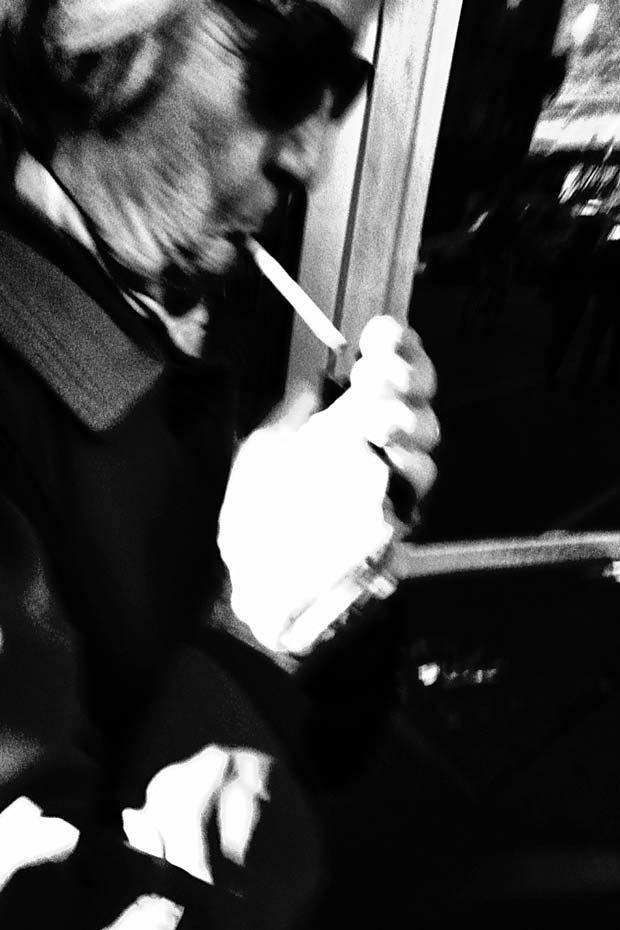 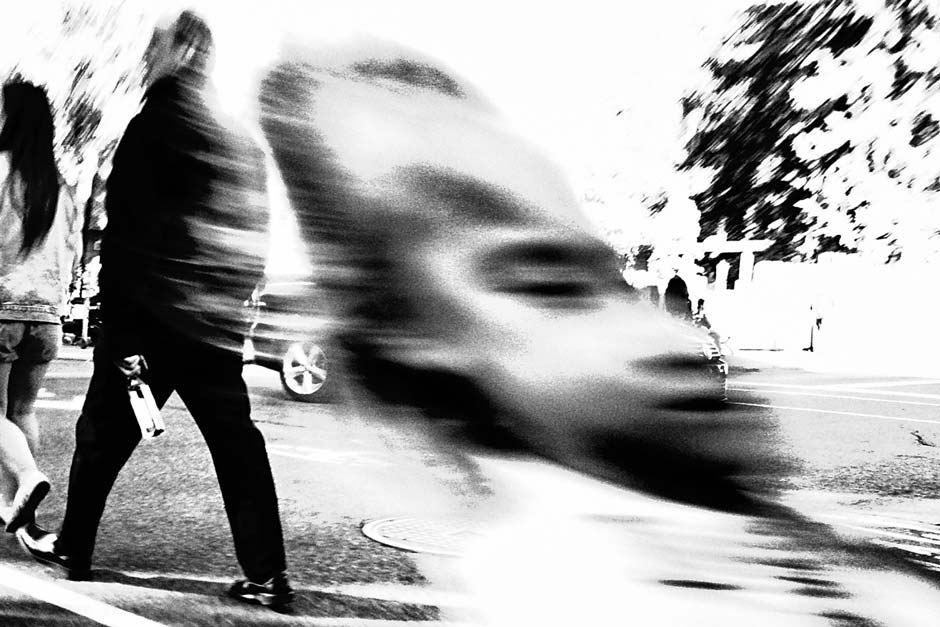 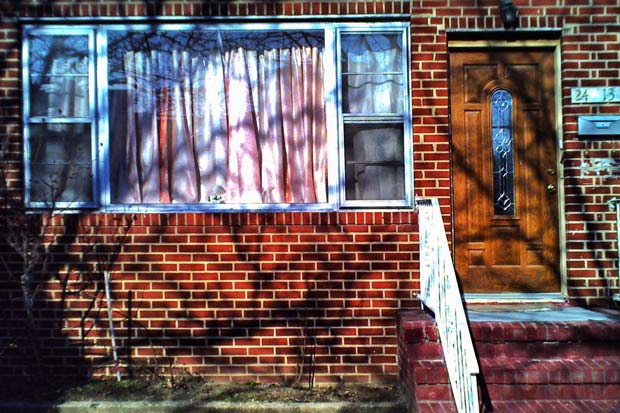 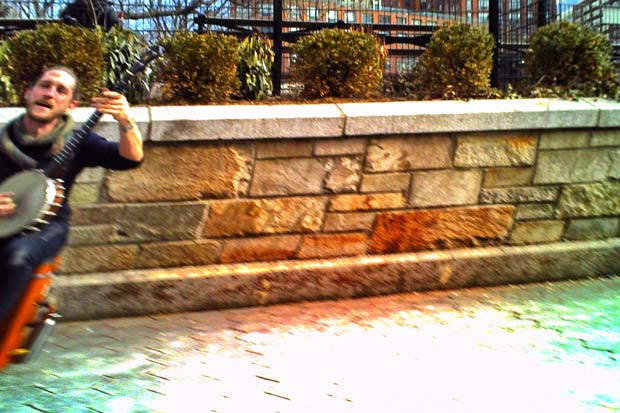 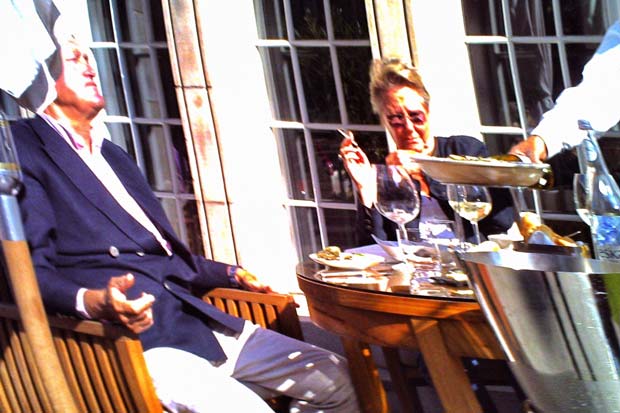 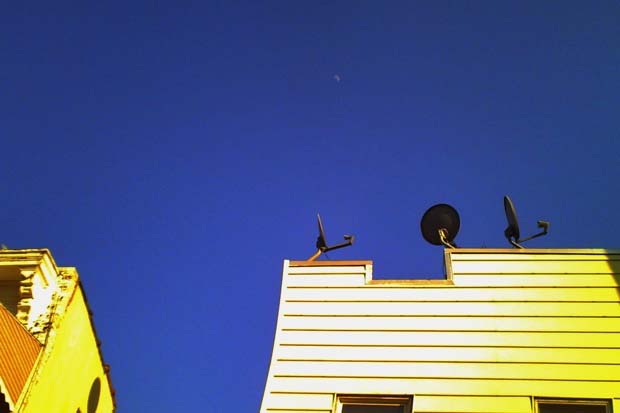