“In most cases I don’t see anything special but every once in a while it seems as if everything that happens in front of my eyes was meant to be there.”

Dimitris Makrygiannakis (born 1979) is an award-winning street photographer currently based in Stockholm, Sweden.

He got seriously interested in photography about three and a half years ago. Ever since then the internet has been a great source of education and inspiration for him.

In this interview he talks about his influences in street photography and how his passion for shooting in the streets started with a broken leg.

For Dimitris Makrygiannakis street photography is the best thing that has happened to him, he claims: “It’s unpredictable and I love this.” 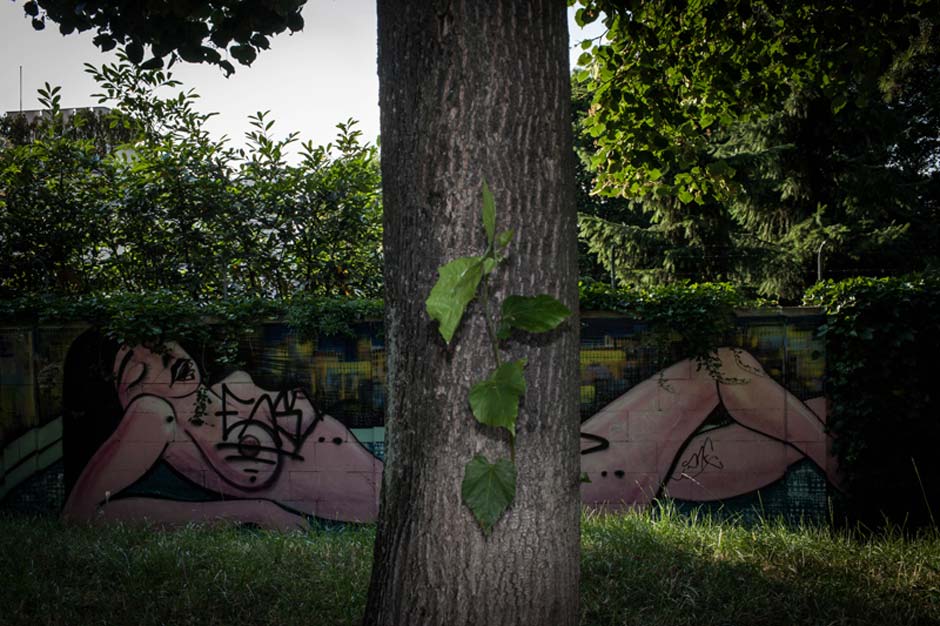 I started ’cause of a series of events that happened in my life: a Canon 50D that I bought without exactly knowing why, a broken leg some months after that made me stay two months in bed and read some photo books and my entry in Flickr in May 2010.

And that was actually the first time I realised there is something called street photography.

I got intrigued by the moment that comes once and never again.

What were your main references at the beginning?

For me all started with Flickr and my main references where three greek street photographers: Lukas Vasilikos, Antonis Bultadakis and Charalambos Kydonakis.

Was it learning by doing or did you investigate beforehand about the genre and studied the work of other street photographers?

Learning by doing I guess and studying other photographers in parallel.

And also learning through conversations with fellow photographers, in particular Antonis Damolis and Christos Kapatos.

Can you still remember your first day going out to shoot street? 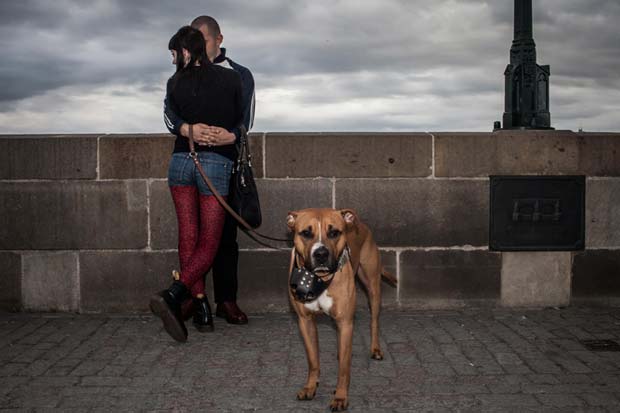 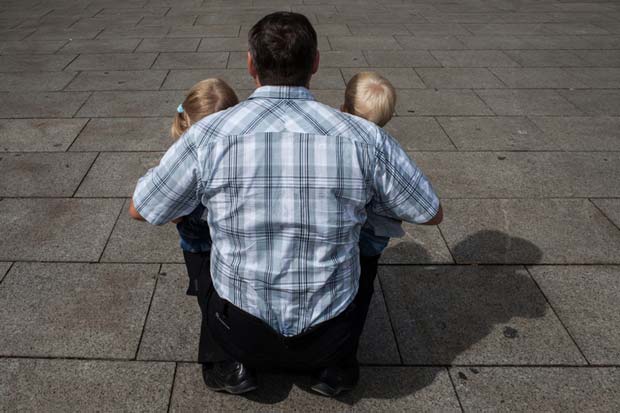 What were the greatest challenges and maybe fears you encountered in the beginning?

To overcome my fear of getting close to people and shooting without asking.

You’ve travelled extensively, especially to Asia. What intrigues you about that region and why is it an inspiring place for street photographers? Do people in Asia for example react differently to the camera than in Europe?

“People usually don’t get aggressive and they helped me sooooo much to overcome my fears in the beginning.”

I have a traveller’s soul and I like Asia because it is a fantastic place, so much to see, but also cheap (so I can travel for long periods) and safe (so I can get lost in the small streets of any place).

It is also an easy place for a starter in street photography, yes people usually don’t get aggressive, and they helped me sooooo much to overcome my fears in the beginning.

A problem is though that lots of times they start smiling when seeing the camera. (smiles)

I have to say though that any place can be inspiring for a street photographer.

How has your understanding of street photography changed over the years? Compared to what you thought in the beginning.

My understanding of photography (not only street) changes constantly and this is what makes it interesting I guess, otherwise I would probably be bored by now.

You are the winner of “Invisible Photographer Asia Street Photography Awards” 2013. Quite an achievement for someone who’s only been shooting street photography for three and a half years. What does the award mean to you?

“This prize came as a nice reward of all this effort.”

I won this prize with photos that were taken during a four months trip in India in 2012.

Those four months I was breathing photography, it was my one and only purpose to achieve a solid photographic work. So this prize came as a nice reward of all this effort.

What does a good street photograph need in your opinion in order to stand out and get noticed? Especially keeping in mind the abundance of visual imagery in today’s society?

To be prototype, bring new information to the photographic society.

The best combination (and most difficult to achieve) is to be prototype and meaningful.

What reaction do you intend to provoke in people looking at your images? 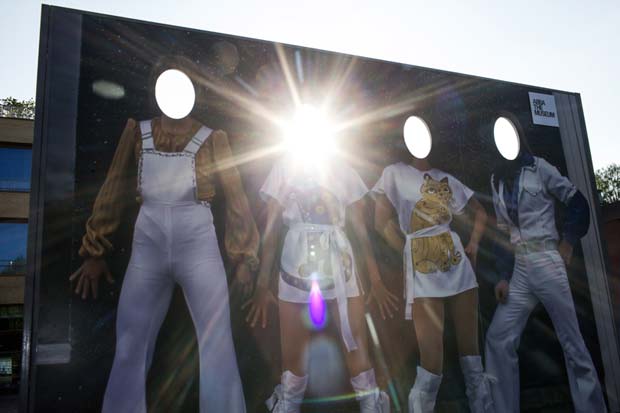 “If they insist on deleting their photo I will do it.”

I try to explain the concept, and particularly that many times it is essential not to ask for permission in order to capture the scene.

Of course many people still don’t get it and if they insist on deleting their photo I will do it.

What’s your strategy when you walk up close to people? Do you interact with them or take the shot and move on?

Depends. I would say I do both. The sure thing is I don’t shoot and run away until I see in their faces it is cool that I shot them.

I used to run away the first years and now I think of it, it was really stupid of me, I was giving wrong signals like this, as if I did something bad. 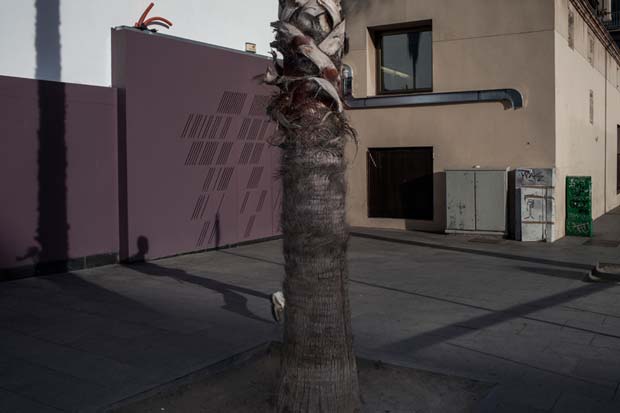 Education, talent, speed. And a 6th sense to ”smell” the scene before it happens. And kindness towards other people.

In what direction is street photography heading in your opinion? What have been the most significant developments in recent years?

I like seeing that the definition of street photography gets broader with time, at least in my head. (laughs)

The most significant thing that happened in photography in general I think is internet. It has educated many people, including me.

Street photography is very much about seizing the moment. Things usually happen unexpectedly. How do you train your eyes to “know” when a special moment is about to come?

“Every once in a while it seems as if everything that happens in front of my eyes was meant to be there.”

I keep looking around, looking at faces, hands, objects, practically anything that is around me and trying to make in my mind meaningful or at least optically interesting combinations.

In most cases I don’t see anything special but every once in a while it seems as if everything that happens in front of my eyes was meant to be there. 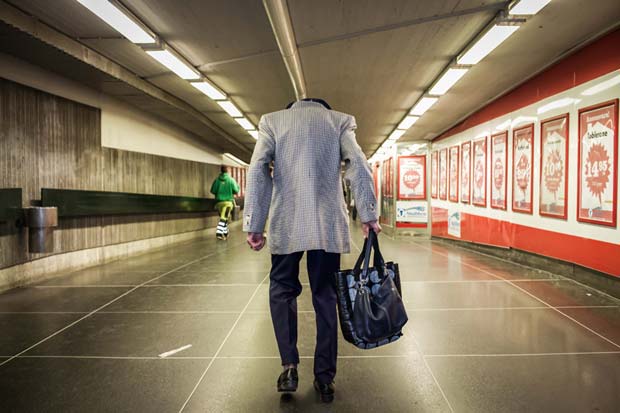 Your pictures combine a lot of compositional elements: lines, shapes, shadows etc. How much of that is planned and how important is intuition and a quick hand to press the shutter button?

I am quite compulsory when it regards the framing of my photos.

I like everything to be in order, when I have the time for this of course, the main scene is what matters more in any case.

Intuition and a quick hand are very important, of course, some of the major talents (I consider them more as talents) of a street photographer.

Q: Has photography helped all the aspects of your life?

A: I guess not, made me a bigger day dreamer than I was before – which is not of help in our orthologic society. But I don’t give a fuck, I love day dreaming.