“May of 2012. Williamsburg. I am walking down the street towards subway after a whole day of shooting in the area. I’m done for the day. Tired, I am reaching a bizarre triangular intersection. I see the traffic lights turn red. So I slow down. And then I catch a glimpse of that scene – a silhouette of an older man showing through the lowest window as he’s climbing the staircase of a lone standing building.

I freeze for a split second before I realize what’s happening. The building stands tall and proud against a moody dark sky. It’s dusk, but the contrast between the warm light of the staircase showing through the windows and the bluish world outside is already stark. Click!

I realize that if I am lucky enough this man will shortly appear in the middle window. And I know what that means. Click!

I move a couple of meters to the left so as to be perfectly aligned with the building hoping I’d still have time to double-check and adjust the camera’s settings before the silhouette reappears. A second passes, two, then three – hesitation. Doubt. Is he coming up? Oh, he probably just lives on the first floor. Dang it. What a shame! But wait, there he is in the middle window. I am ready. Everything is in focus. Pre set manual mode. The man pauses and looks at me. Oh that’s just perfect. Three frames, pow-pow-pow! The man moves on. And I am fully aware of what just happened. This could probably be my best street image so far.

“Street photography is 99% failure. A weird and demanding genre.”

But it’s not always like that. That was easy. I had more than 5 seconds to think and act. I made that call, set the camera and still waited for him to come up. Usually though you don’t have more than one second to seize that moment. And if you hesitate for a split second, it’s gone. I can’t count how many times I didn’t make those calls on the street. A lot.

I only became a street photographer two years ago, really. Before that I maybe had a couple of good street images. But then I came to New York and I realized right away that this was something new and it had to be shot in b&w. I heard many New York photographers say they probably wouldn’t be street photographers if they lived anywhere else.

But here, it’s almost hard not to. What I like about street is that it takes you places. You follow your instinct, the light, shadows, some characters, a hat, a sound or a smell, and you wander the streets freely with no particular pattern. At least that’s how I go about it. I can walk from 146st all the way down to Central Park or even Time’s Square zig zagging all day. It’s like hanging out with people somewhere familiar. Except you’re alone. I like that spontaneity of street, the surprises, the layers created with wide-angle lens, the tough composition, the randomness of it, too.

Many times great photographs are result of pure luck and nothing else. Some photographers will say it’s not luck, it’s timing. Others will say you create your own luck. I still think it’s just luck no matter how you call it. It is surprising how many times photographers notice something interesting in the picture only after seeing it printed or on a large screen. You can’t control all of the things that are happening on the street. You might have a nice portrait situation in the foreground but a lot of clutter in the background. If you don’t get it right the first time, no you can’t repeat that like you do in a studio.

It’s gone. Move on, hope for more chances. 99% of failure. That would have been a great shot. But it’s blurry. Oh if only. If only I had the gut to come closer to that crying woman. Not today. Too bad. And all that. That’s street. It’s demanding, because you need to come really close to people. And the closer you are the better. But it’s not always easy. Some people don’t like it. Sometimes the feeling isn’t there. On some days I might be there for good 4h and still have nothing much. Other times the first capture of the day sets you right up. You know you already got at least one decent for the day.

It’s funny how many times the first or the last five photos are actually the best of the day. I don’t really know why. Sometimes you come back home with nothing and just in front of your very doorstep, there she is, an old lady looking like she’s come out of the previous century with those bizarre sunglasses, enormous hat and an ugly little dog. But of course your camera’s battery is dead so that photo never happens either. 99% of failure and frustration. But then you get the 1% that’s good. Really good. And if you shoot 200 a day you should have at least 2. I always say it’s a numbers’ game.

“You get used to the street, fight its resistance, and get into a sort of a flow…”

Because it’s a numbers’ game, you need to train. Just like a musician plays his instrument every day, technically, you should be taking pictures every (other) day. Often. It’s good for you because not only do you get more photos in, so the chances for good shots grow, but also because you get used to the street, fight its resistance, and get into a sort of a flow that allows you to forget the fact that what you are essentially doing is taking pictures of strangers in the street and that some of them probably think you are a threat or just a weirdo. You want to take photos of kids? That’s even trickier. But well.

When someone asks me what’s the best camera for street I say there isn’t. The best camera is the one that you have. The smaller the better. Get a prime lens with the most natural angle like 35mm or a 50mm, like Henri-Cartier Bresson, who shot with it exclusively, if you want more of a challenge. I actually think the most natural angle would be between 35mm and 50mm, but it doesn’t really matter that much. Two years ago I used to shoot with a 17-35mm lens but I found myself shooting almost always on the longer end. Today 17mm is just too wide for me, it doesn’t look natural especially in the corners. The lens was heavy, too.

I know people who shoot exclusively with 16mm lenses though. But me, I got used to the 35mm. All in all the camera or lenses don’t really matter. It’s the eye in street photography. You cannot fix those pictures afterwards, take something away or photoshop a pigeon in. You just don’t do that (do you?). Of course, you edit the picture to bring out its best, the dodging and burning, local adjustments sometimes, but, especially in b&w, it all boils down to the composition and the decisive moment. In color photography you often just need an interesting play of colors or patterns to make a good picture.

Sometimes you focus deliberately on color. In b&w it’s more about subjects. But either way, the situation has to be there. That’s what I mean when I say it’s raw, which is stressful, as opposed to setting up your tripod for a large format camera one hour before the actual time when you want to shoot on a beautiful cliff in Cornwall at sunset. That is meditating on that landscape. Calmness. Breathing. Bliss. Chill.

“It’s a love and hate relationship for me, but it’s addictive here in New York.”

Street photography is very far from relaxed for me. It’s rapid movement, the smell of the laundromats mixed with the smell of fast foods or street barbecue, the bright neons at night, people looking at you strangely, curiously, aggressively, indifferently or just completely oblivious to your existence, it’s the fire fighters super loud sirens and the ubiquitous smell of weed in Harlem. It’s a love and hate relationship for me, but it’s addictive here in New York. I treat it as a photographic exercise in seeing and reflex.

The pictures collected in this ongoing project called New York Chronicles are street shots from years 2008-2014. This is me wandering all five boroughs of the city at different times of day or night. If I have a visual reference of what I want my street photography to look like I’d say the likes of Vivian Maier, Rene Burri, Henri-Cartier Bresson, Eugene Atget, Fan Ho, Doisneau, Winogrand inspire me the most. But there are so many of them.

In addition, I think I like Winogrand’s approach to photography the best. He didn’t bother answering or asking himself what photography meant to him or where he was going with it. He just obsessively photographed wherever he went leaving over 90 000 undeveloped films behind him. Clearly a maniac and an addict. I like when he said that the only problem he has on the street is when he has to change films because he then he’s not able to shoot.

“I have no moral consideration, no mission, no defined project. I’m not documenting anything.”

Even if a metaphor, still very powerful. From the contemporary street photography I follow collectives like Burn My Eye, Street Photographers or In-Public. And it’s a quote from one of the Burn My Eye collective members, Frédéric Le Mauff, that caught my eye recently because it perfectly taps into what I would say about my street photography: I have no moral consideration, no mission, no defined project. I’m not documenting anything. I only try to put in images my fascination for strangers.” 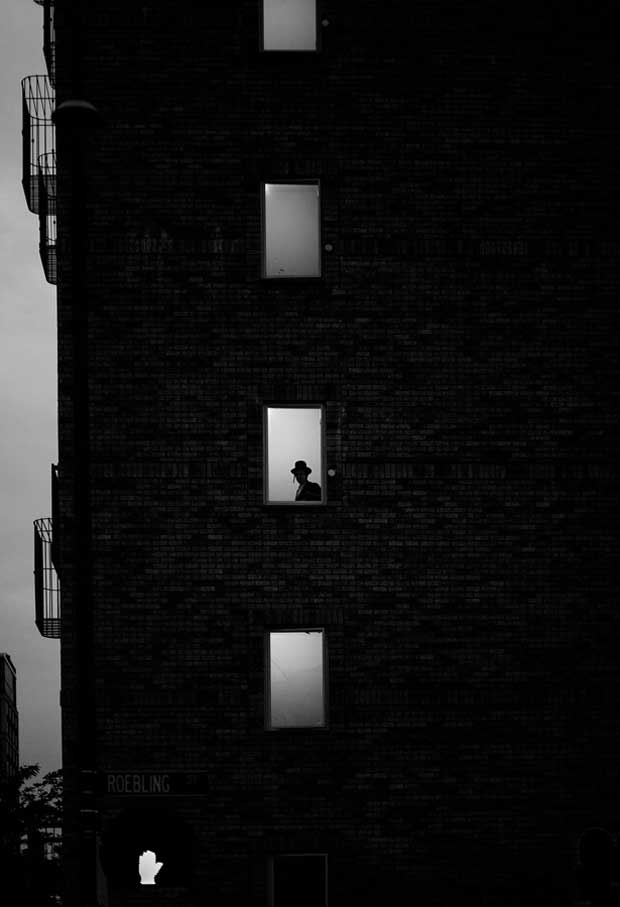 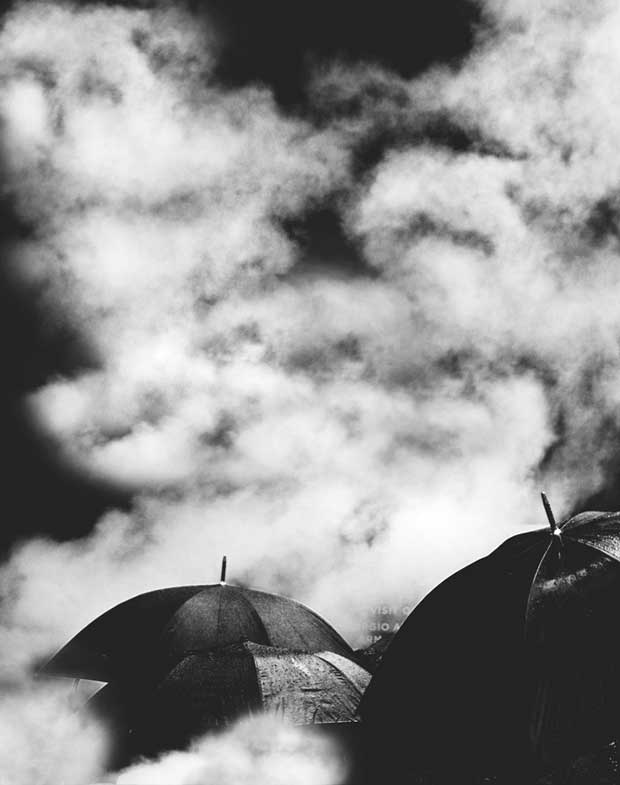 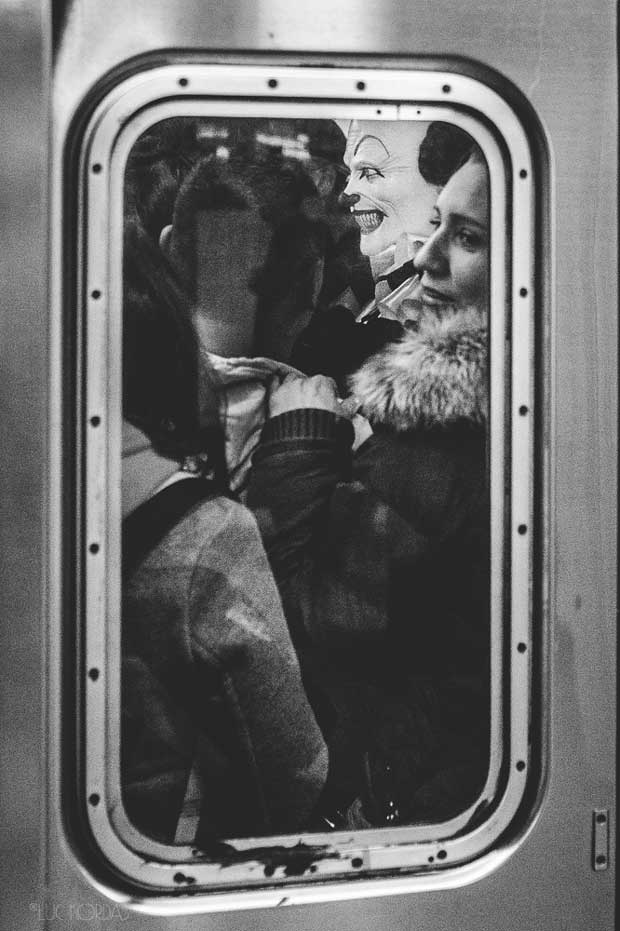 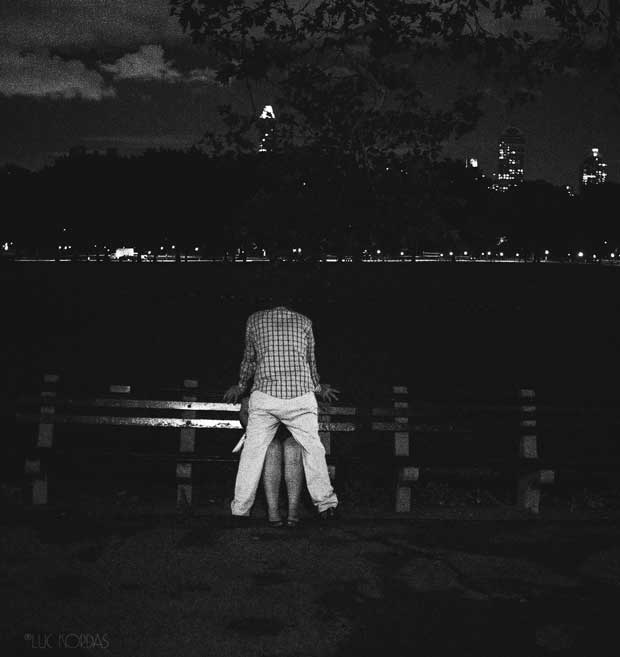 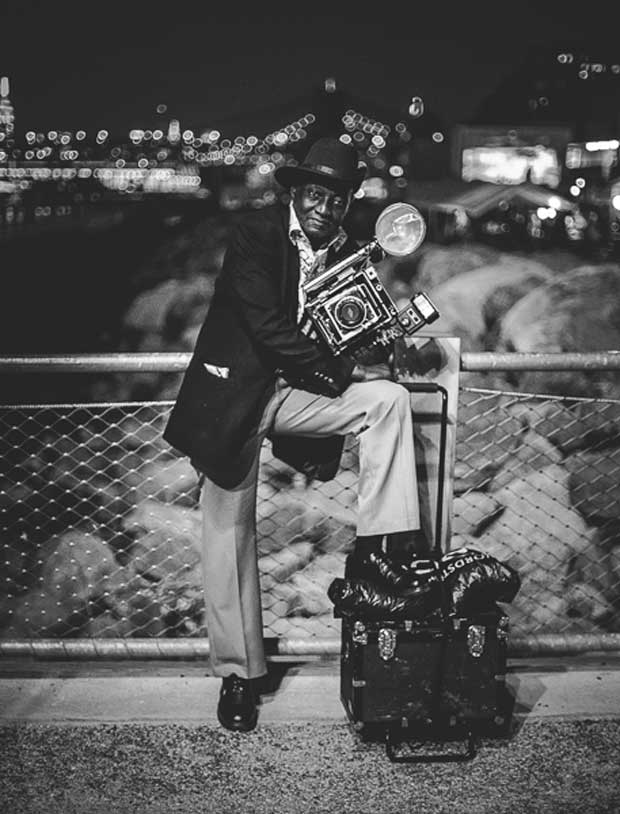