“Probably the best photographs are the ones which we miss to shoot.”

Artist statement: Soumya Shankar Ghosal is a Street Photographer based in Kolkata, India. He is a MBA in Finance and a Management Consultant by profession.

He is associated with German NGO, Ashalayam for promoting Photography for Philanthropy. 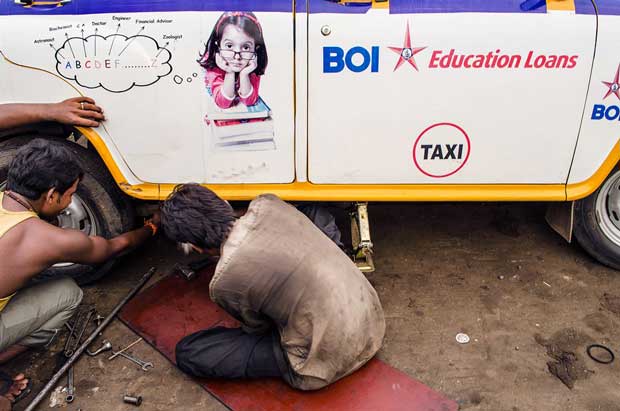 Soumya Shankar Ghosal, what is your body of work about?

People photography is what I love doing the most. Street Photography is an art of storytelling through silent images. And such stories are possible through human actions, emotions and interactions which speak for themselves.

I keenly love observing human behavior and record those uncommon “moments”. At the same time we human beings are highly unpredictable and that further actuates the fun of recording.

Street Photography is mostly a happy experience. One gets to meet people and learn new things. I have been born and brought up in the city of Kolkata but have understood the psyche of the city through Street Photography. I strive to shoot unadulterated situations and non-posed photographs.

However, there are times when the moment gets over before shooting or the subject becomes aware. Probably the best photographs are the one which we miss to shoot. Every new photograph brings in remarkable joy. But at times photographing can become challenging too.

A photograph is nothing more than a rectangular frame composed of a specified number of pixels. One good photograph and one bad photograph shot on the same camera is made up of the same material but the former will talk for itself while the later will be dumb. The Gear is important only to an extent.

“Framing the subject to the best possible way to represent it to the viewer.”

Beyond it the most important gear i.e. the eyes get the job done. In the age of digital photography a newcomer drools over the gear ignoring his creative acumen.

At the same time they are fascinated with photographs of Masters of yesteryears.

They forget that the gear the Masters had used were far less inferior to the ones on their hand. So building the eye to observe is the first part of the creative process. In Street photography one needs to build the intuition to click at the “Decisive Moment”. This comes with practice.

Next to it comes framing the subject to the best possible way to represent it to the viewer. The composition must make him feel that he was there. The third element is concentrating on Technical aspects. Either it will make is or break it. Creativity, Composition and Technicalities are interdependent.

Why did you become a photographer? And why street photography?

From an early age I have been inclined to Fine Arts – Painting. I had been lucky in excelling in Painting and have won numerous Contests during my growing up years.

The passion again picked up again when the family camera a Sony Cybershot DSC-P31 2 MP was purchased in year 2003. Using a Camera was as good as picking my old Canvas and Brushes. Getting hold of a Digital Camera opened a new world for me.

“Street is full of surprises. Exploring the same lane at different times will offer different subjects and perspectives.”

The passion took a serious note when I purchased a Nikon D60 in 2008. Generally, I try to go out every weekend either alone or with a few like-minded friends but never in a formal group as such. Going out singly or in smaller numbers helps to mix with the crowd and does not arouse much curiosity amongst the people.

I shoot as little as possible. Probably over time I realized shooting less in quantity (avoiding random shooting) helps in better quality.

I photographed everything that caught my attention but slowly realized that I had developed an inclination towards Street and Documentary Photography.

Street is full of surprises. Exploring the same lane at different times will offer different subjects and perspectives. Exploring Streets and knowing the unknown Calcutta is always a fun learning experience.

Photography is a state of mind. A Camera is tool to replicate the same on-screen / print. For me Photography is contemplation of my thought process and a way of life.

My biggest source of inspiration for Photography as well as Life has been my Late Grandfather. Apart from being a brilliant Photographer he was a Man of Excellence. Unfortunately, I have not been lucky to have learnt Photography from him, which I am sure would have enriched my Skills to far higher degree.

The list is pretty endless. However these great photographers come from a cultural background which is very different from India. I try to draw inspiration from their work but the key imperative to success is being truly original.

What is so special about your city and country and its life and culture? Has photography changed your vision about your surroundings? What are your ambitions?

Oh Calcutta! This is what strikes me each time I explore the City. Although, I have been born and lived in this wonderful metropolis for 33 years, I rediscover the City from each time I go out on Photowalks. I am never bored walking the same alleys over and over again. Calcutta is a city of diversity. Documenting the diversity helps me learn about the city better.

“I photograph Calcutta Streets as a documentation of the current time.”

Since my genre is Street Photography, I indulge in learning about the History of Calcutta. That helps me relate to the present day scenario. For example we all Photograph Kumortuli (a potters quarter at North Kolkata), but most of us are unaware that the Hindu Idols created at Kumortuli is a British influence especially which is noticeable from the Male Idols which are strikingly Apollonian. Or say the “Thakur Dalans” (Courtyard where Durga Puja is performed in old richly Houses) may have been inspired from the classical Greek Pantheon.

From being a Calcuttan to a Photographer documenting Calcutta Life, has changed my outlook towards Life. For Photography I appreciate Life better.

I am very keen on learning history of Calcutta and get fascinated seeing old Photographs. I photograph Calcutta Streets as a documentation of the current time. Creating a Street Photography archive of Calcutta would be my long-term Project.

I travel very light with a Nikon D5100 with 18-55 mm lens or Fujifilm X10. Spare SD Cards and a recharged battery.

Magnum Photos and iN-PUBLiC. Today Internet is a brilliant resource to learn. One such is 121clicks.com which regularly features work of photographers from diverse genres.

Which advice would you give someone who wants to get started with (street) photography?

Street Photography is luck met with preparation. However, being prepared comes with persistence practice and a lot of patience. Street Photography is all about moving ahead of seeing to observing. It takes time to get used to the Streets – conquering the fear and understanding the psyche.

Never, get demotivated if a Photowalk does not give you results. To start with Shoot in Aperture Priority / Shutter Priority and let the Camera decide the rest. All you need is to concentrate on the Moment and Composition.

“Better Gear helps, but will never help you to capture a brilliant moment or a composition.”

Be happy with the Gear you own. Most of us never use all the features of the Camera have to offer. And we start complaining about our badly composed Photograph.

I have seen brilliant Photographs being composed with basic Point & Shoot Cameras. Yes, better Gear helps, but will never help you to capture a brilliant moment or a composition. The eyes behind the Viewfinder are the most important Gear you already own. It is not about the camera but it is used is all what matters.

Study a lot of great work from established as well as young artists. Judge the photographs yourself as to why they good or not so good. For reviewing your own work be thoroughly brutal.

Expect to make 12 brilliant photographs in a year and 1 extraordinary photograph from that list which will be worth recalling. Just remember to shoot for your own self without any expectation. 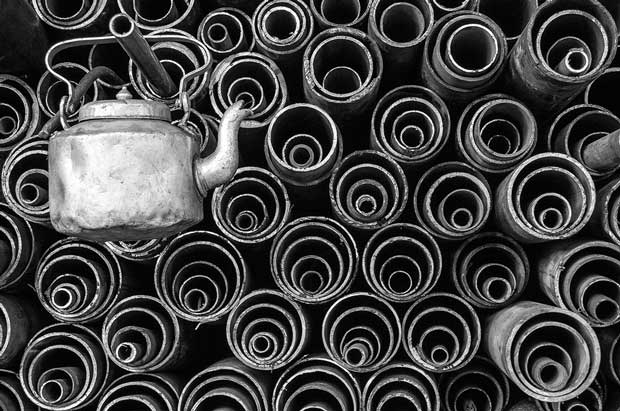 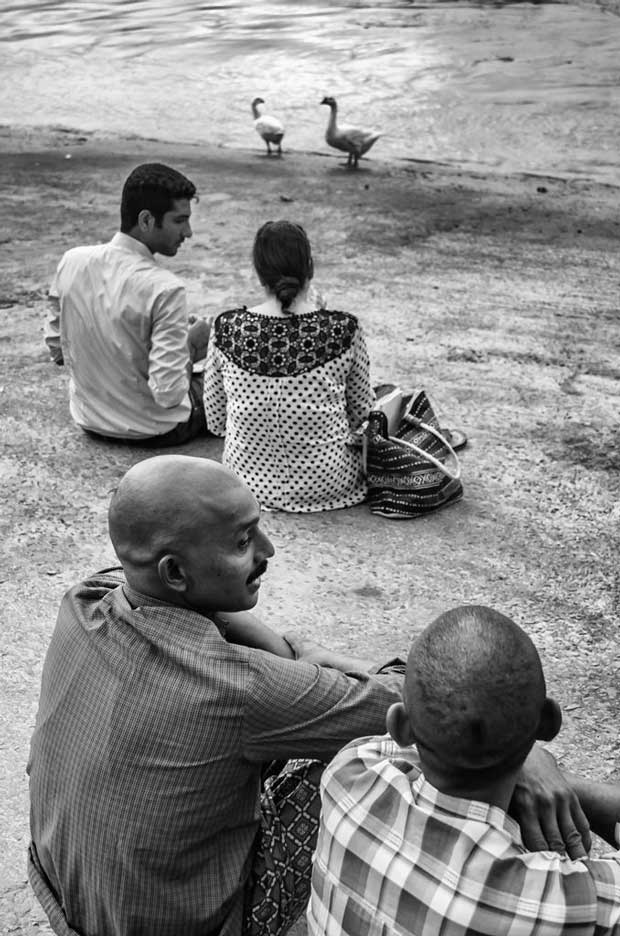 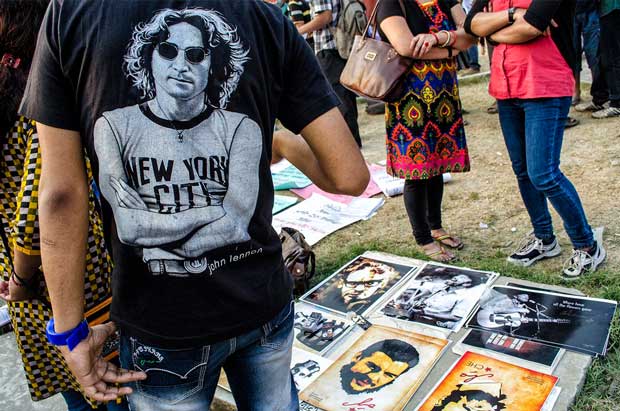 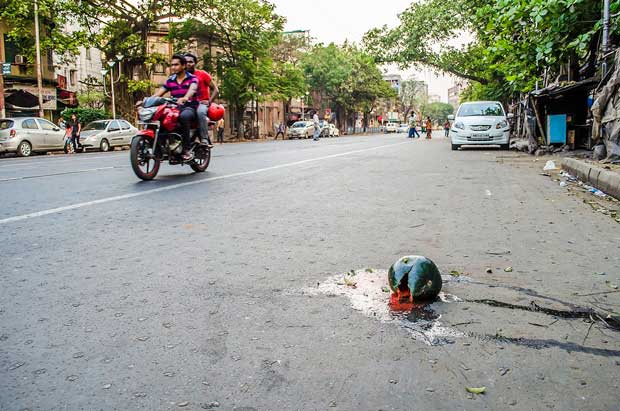